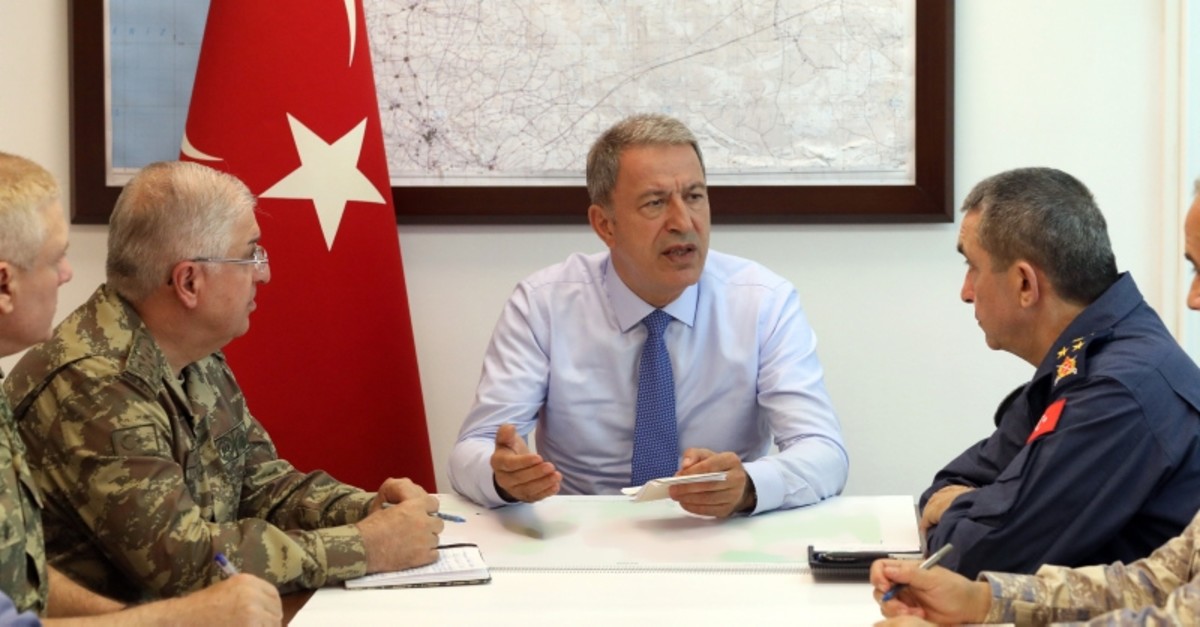 Turkey's National Defense Minister expressed discontent with efforts to establish a safe zone in northern Syria Tuesday, saying that there was absolutely no time to waste.

Speaking to reporters after a reception held by the parliament speaker in Ankara for the new legislative year, Hulusi Akar said that the whole process needed to be sped up, and come to fruition.

"Processes such as the withdrawal of the People's Protection Units (YPG) from the region, the removal of fortifications, the handing over of heavy weapons are not at the point we want, but negotiations with the U.S. are continuing," he said.

"Our demand is purely humanitarian, there is a tragedy in Syria. We want people to return to their home in peace and security. This can happen when terrorists are cleared out," Akar said.

The defense chief also reiterated that the Turkish army was ready to launch an offensive and it was no laughing matter.

"We are closely following all developments in the east of the Euphrates. The Turkish Armed Forces' (TSK) moral and motivation is high but we want to resolve this in accordance with the spirit of alliance," he said, referring to the U.S.' unfulfilled promise of ensuring the withdrawal of YPG terrorists.

Last December Turkey decided to postpone its operation into YPG-held areas in Syria after U.S. President Donald Trump decided that Washington would withdraw its troops from Syria. The withdrawal decision was quickly interpreted as an intention by the U.S. to halt support for the YPG, which Turkey sees as a terrorist organization.

Commenting on the downing of an unidentified unmanned aerial vehicle (UAV) on the Syrian border, Akar said the incident served to show how well the Turkish Air Forces were protecting our borders.

Two Turkish F-16 jets shot down an UAV of undetermined nationality Saturday after it violated Turkish airspace six times near Kilis, a Turkish province on Syria's border, and in the region of northern Syria liberated by Turkey's Operation Euphrates Shield in 2016-2017.

Akar dismissed the downing as an "ordinary incident," adding that the investigation into determining the nationality of the UAV was underway.