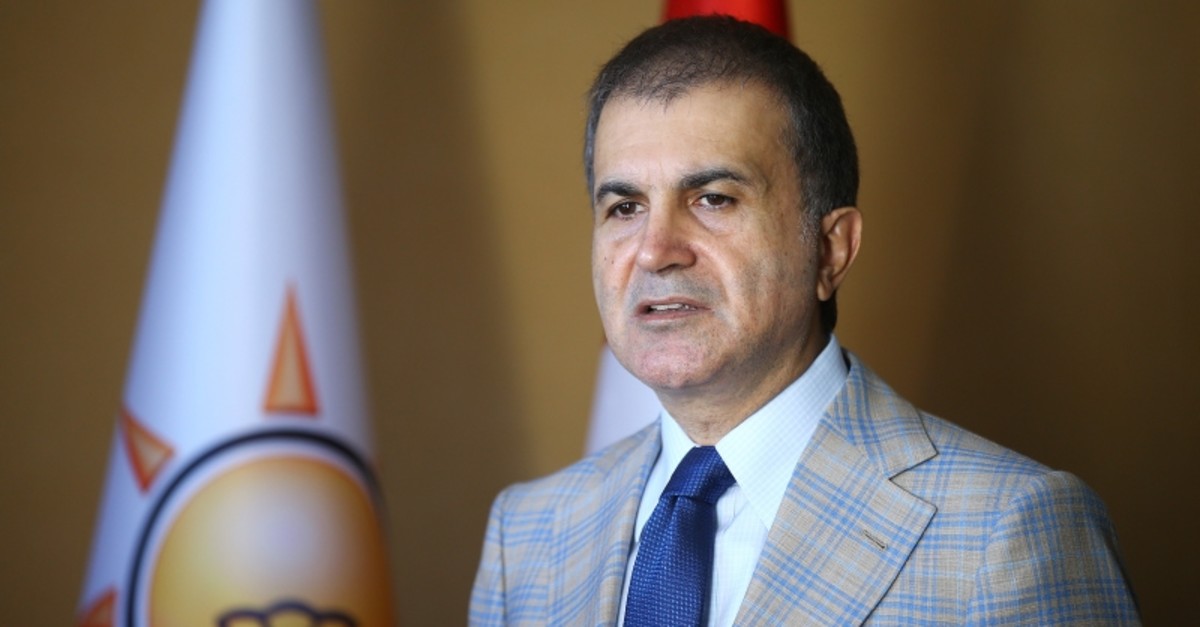 Speaking in a news conference at the AK Party's 29th Consultation and Assessment Meeting, Çelik said his party aims to boost individual rights and freedoms in the process of reforms.

"Both the rights and freedoms of individuals will be enhanced and most importantly freedom of speech will be elaborated," Çelik said, noting that the party puts a lot of importance on the matter. The Justice Ministry demands the contribution of all components, actors and individuals during this process.

"The human rights action plan will also display the standards through which we are looking at the world, what our answer to the standards of the world are, and in what kind of a harmonization we have in this matter," he added.

Çelik noted that the party will enhance its performance regarding anti-terror fight while boosting its performance on individual liberties. "Three principles regarding the fight against terrorism will never be abandoned. One of them is a continuous fight. The second is eradicating terrorism at its source. This means we will not withdraw from the field and even win a greater area in the sphere of activities of terrorists to ensure the safety of citizens," Çelik added.

Furthermore, the issues of security in schools, in traffic, actions on violence against women and the fight against drugs were also on the agenda.

His statement comes as the government is getting ready to launch a new judicial strategy reform that aims to enhance democracy and individual rights. The Central Decision and Executive Board (MKYK) and Central Executive Committee (MYK) meetings headed by President Recep Tayyip Erdoğan highlighted that the new regulations should be presented to Parliament as soon as possible.

On May 30, President Recep Tayyip Erdoğan announced a new judicial reform to strengthen the independent, objective, accountable and transparent features of the judiciary. The judicial reform strategy consists of two basic perspectives, nine targets, 63 objectives and 256 activities. The nine targets are: protection and improvement of rights and freedoms; improvements of judicial independence, objectivity and transparency; improving both the quality and quantity of human resources; increasing performance and productivity; enabling the right of defense to be used effectively; making justice more approachable; increasing the effectiveness of the penalty justice system; simplifying civil justice and administrative procedure; and lastly, popularizing alternative mediating methods. Prepared by the Justice Ministry for the period of 2019-2023, the reform strategy envisions a "trust ensuring, approachable justice system."