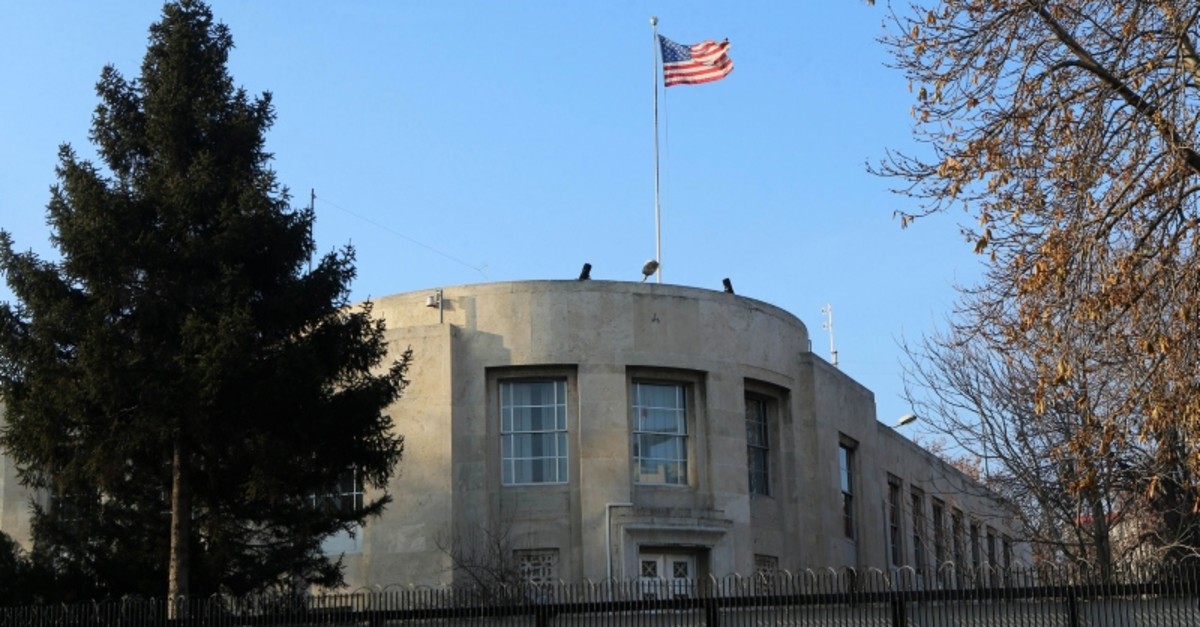 The U.S. Embassy in Turkey "liked" a message by a fugitive FETÖ supporter on Twitter predicting the end of the Nationalist Movement Party (MHP) chairman's political career, amid the party's dismissal of rumors claiming that the MHP leader is ill.

The official Twitter account of the embassy liked a message by Ergün Babahan, one of the senior figures of the Gülenist Terror Group (FETÖ) who fled Turkey following the July 15 coup attempt. 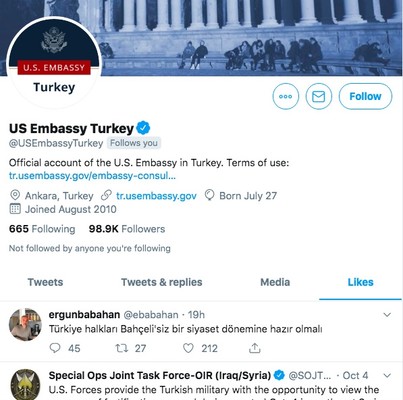 MHP's Secretary-General Ismet Büyükataman criticized the U.S. Embassy in Turkey for liking the controversial message about MHP chairman. In a series of tweets, he alluded to the statement of then-U.S. Ambassador James Spain, who said that the U.S. did not hand Turkey to MHP's leader Alparslan Türkeş following the 1980 coup. Büyükataman noted that the U.S.' plans to bring about Bahçeli's end will fail once again, as Türkeş prevailed as the legendary leader of the party until his death.

MHP's Vice Chairman Semih Yalçın also slammed the U.S. for liking a post by a fugitive FETÖ figure, saying that they are "aware that the U.S. supports them," but the U.S. will be left empty-handed as the plans for Bahçeli's withdrawal are fruitless.

Earlier this week, Yalçın had dismissed the allegations about Bahçeli's health, saying that they are speculative and "aim to create chaos."

Yalçın noted that Bahçeli's physical condition is so well that "it will disappoint people who expect to do whatever they want in the absence of Bahçeli."

Yalçın reiterated once again that Bahçeli has recovered and will return to his duties next week.

Meanwhile, Presidential Communications Director Fahrettin Altun urged the U.S. State Department to investigate the incident, as he highlighted that the U.S. has no right to interfere in Turkey's domestic affairs.

The US Embassy has no business meddling in Turkey's domestic affairs.@StateDept must investigate this incident and discipline those responsible.

The U.S. Embassy said that they mistakenly "liked" the controversial message by the fugitive FETÖ figure, sought in Turkey with a detention warrant.

Later on Sunday U.S. Embassy in Ankara apologized for the second time for liking a tweet by a fugitive FETÖ supporter.

"We apologize for the mistake that occurred on our Twitter account yesterday. We do not associate ourselves with Ergun Babahan nor do we endorse or agree with the content of his tweet. We reiterate our regret for this error," the embassy said.

He previously worked as a journalist and was criticized for his provocative stance on Twitter, usually threatening individuals in his messages.

"Everybody who supports fascism will pay the price," Babahan had said following the attempt in 2017.

FETÖ, led by former preacher Fetullah Gülen who currently lives in Pennsylvania in the U.S., has been implicated in a series of trials, ranging from the July 15 coup attempt that killed 249 people to sham trials.

Many high-profile FETÖ supporters fled the country following the July 15 coup attempt and sought asylum in European countries, the U.S. and Canada.

FETÖ has a considerable presence abroad, particularly in the U.S., including private schools that serve as a revenue stream for the terror group. The U.S. is home to a large community of Gülenists, including group leader Fetullah Gülen. Gülen has lived in self-imposed exile on a secluded compound in the U.S. state of Pennsylvania since 1999. The United States is the target of most extradition requests. Turkey has sent seven extradition requests for Gülen to Washington but has seen little progress in his extradition.