Trump says 'not siding with anyone in Syria', on good terms with Erdoğan 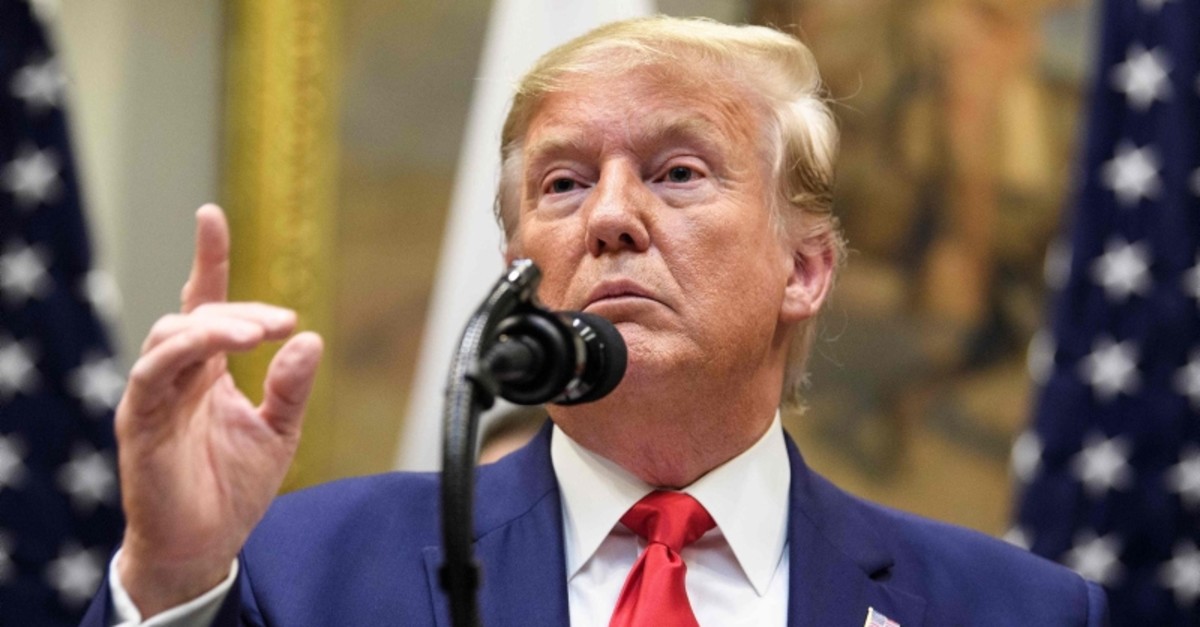 President Donald Trump speaks during a signing of a U.S.-Japanese trade agreement in the Roosevelt Room of the White House October 7, 2019, in Washington, DC. (AFP Photo)
by Daily Sabah with AA Oct 07, 2019 11:57 pm

U.S. President Donald Trump said late Monday that he wasn't "siding with anyone in Syria" with his decision to withdraw troops from the embattled country, while reiterating that had has a "good relationship" with his Turkish counterpart President Recep Tayyip Erdoğan.

"I am not siding with anybody. We've been in Syria for many years. Syria was supposed to be a short-term hit. We were supposed to be in and out," Trump said during a press conference at the White House.

In his remarks, the U.S. president said there were just 50 troops in the area where Ankara was planning to carry out the operation and did not want them to get hurt.

"I think there is a lot of pressure on Turkey. They have been fighting with the PKK for many years," said Trump, adding the former Obama administration started the dispute and "natural war" between Turkey and the PKK, citing reports.