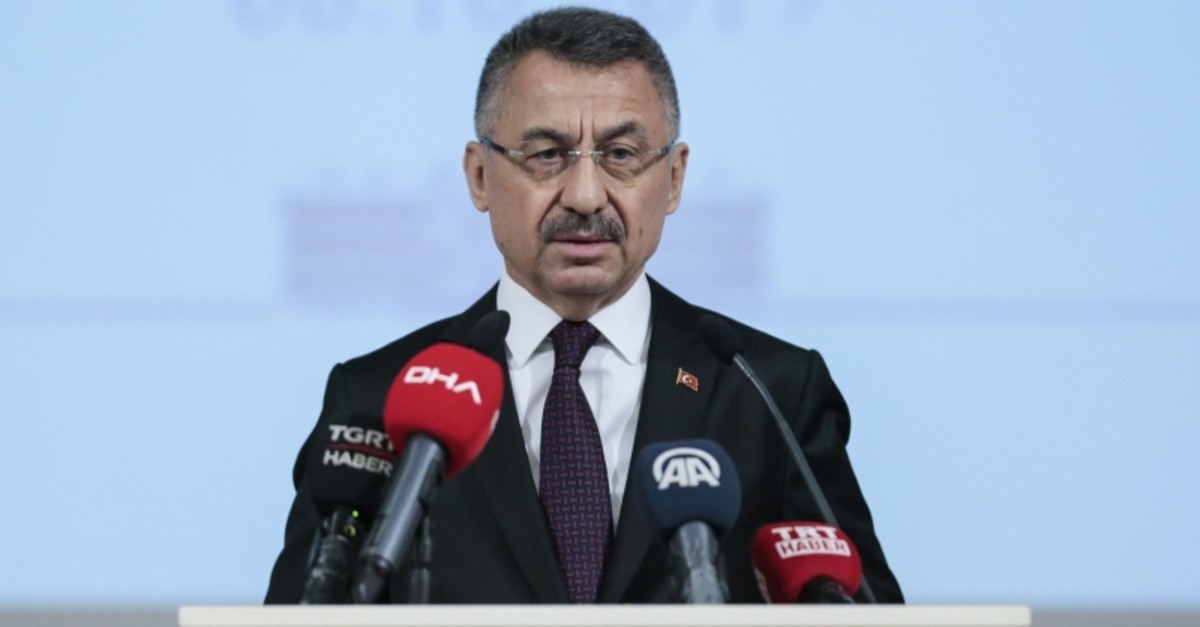 Turkey has the determination and power to execute its own plans when it comes to national security and can't be controlled with threats, Vice President Fuat Oktay said Tuesday.

"Turkey will not accept the creation of a terror corridor or a terror state right next to its borders under no circumstances, whatever the cost," Oktay said at a university ceremony.

Oktay added that Turkey will maintain its approach for the future of the Syrians so that peace can be ensured in the region.

The vice president's comments came a day after Trump threatened to "obliterate" Turkey's economy if he considered any of Ankara's moves "off-limits."

Oktay also said Turkey was also striving to provide the educational needs of the Syrians.

"We opened up faculties and colleges in Jarablus, Al-Bab, Azez and Afrin after our operations brought peace and stability in these areas," he said and added that Turkey was also providing security, health services along with other utilities to the Syrians in the region without any discrimination.

National Defense Ministry said Tuesday that Turkey has finalized all preparations for a military operation in the area east of the Euphrates River in Syria to establish a safe zone.