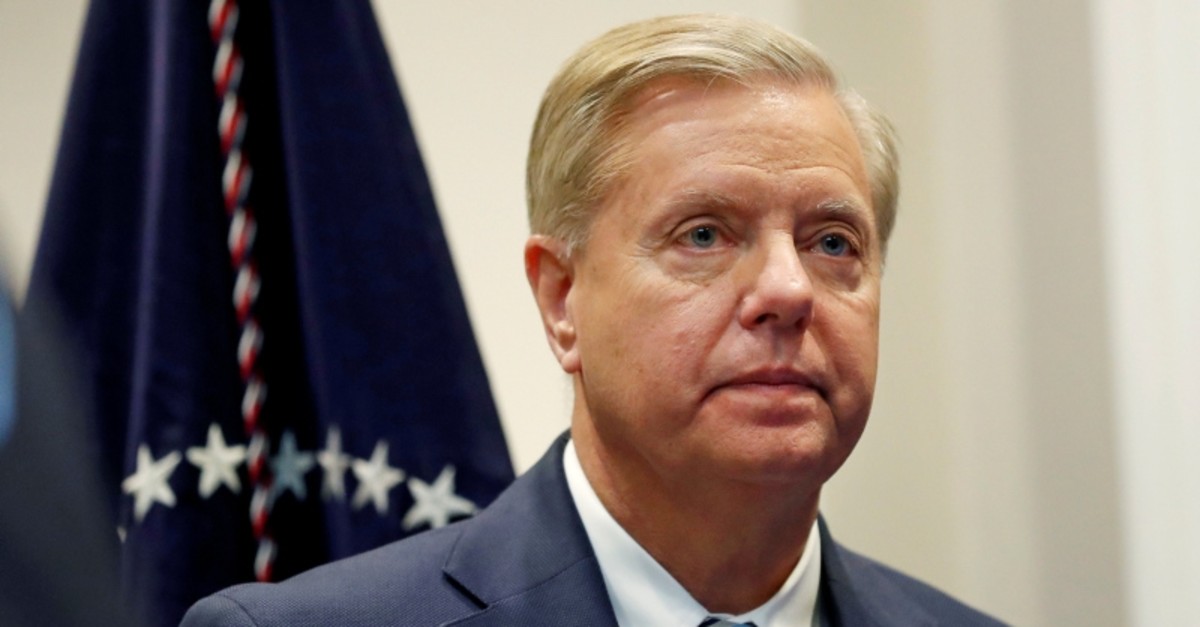 U.S. Republican Senator Lindsay Graham shifted his stance once again on Turkey's fight against terror groups in the area east of the Euphrates River in northern Syria, launching a campaign to force Ankara to halt Operation Peace Spring.

Graham on Monday threatened Turkey with sanctions if Ankara would not immediately halt its anti-terror operation against People's Protection Units (YPG) terrorists in Syria.

But just a few months before Graham changed his tune, the senator had admitted that there was evidence of a "strong link" between the YPG and the PKK, a terrorist organization recognized by both the U.S. and EU.

Graham held a news conference in February in Ankara and told reporters that there was sufficient evidence to prove that both organizations had links, adding that former U.S. President Barack Obama "created a nightmare" for Turkey by arming elements of the YPG that are "clearly tied to the PKK."