YPG supporters clash with police in violent protest in Switzerland 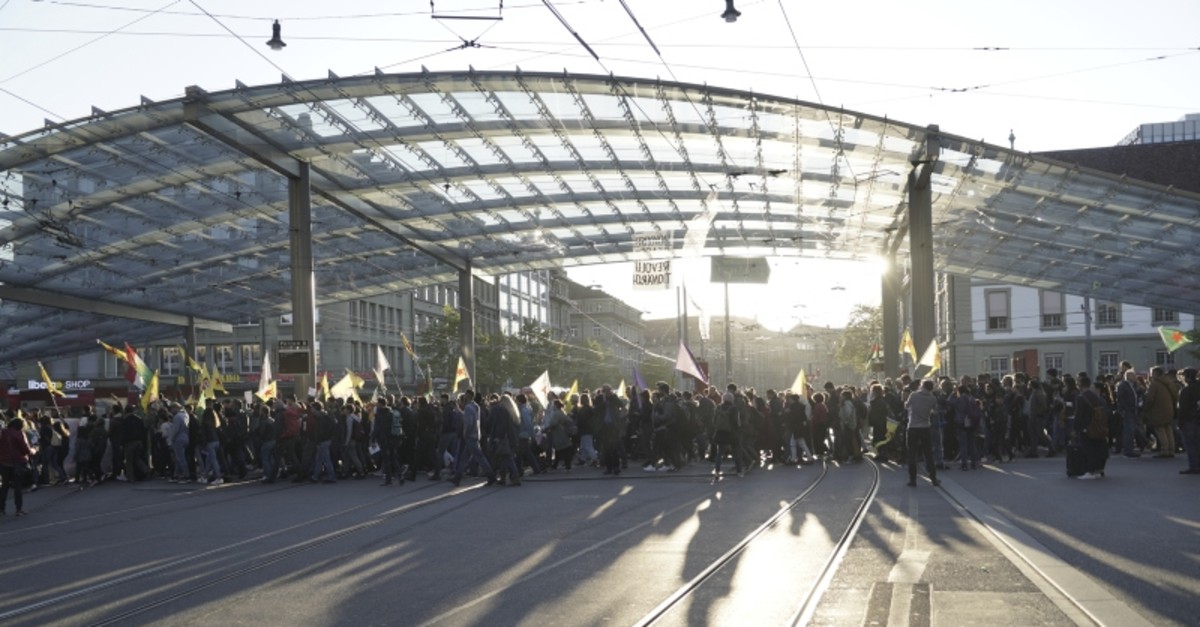 Supporters of the YPG/PKK terror group on Tuesday clashed with police outside Turkey's Embassy in Bern, Switzerland.

Some 2,000 terror supporters carrying stones, sticks and other objects marched toward the embassy against Turkey's Peace Spring operation in northern Syria, clashing with the police which tried to stop them.

Police fired a warning shot to disperse them but the group destroyed some buildings around the embassy, said Jolanda Egger, spokesperson of the Bern Police Department.

Also, the protesters hung banners spreading terror propaganda on the Bern Train Station's roof and some other buildings.

Turkey on Wednesday launched Operation Peace Spring east of the Euphrates River in northern Syria to secure its borders by eliminating terrorist elements and to ensure the safe return of Syrian refugees and Syria's territorial integrity.

Ankara wants to eliminate terrorist elements of the PKK and its Syrian offshoot, the PYD/YPG, from the region.

In its more than 30-year terror campaign against Turkey, the PKK -- listed as a terrorist organization by Turkey, the U.S. and the European Union -- has been responsible for the deaths of 40,000 people, including women, children, and infants.