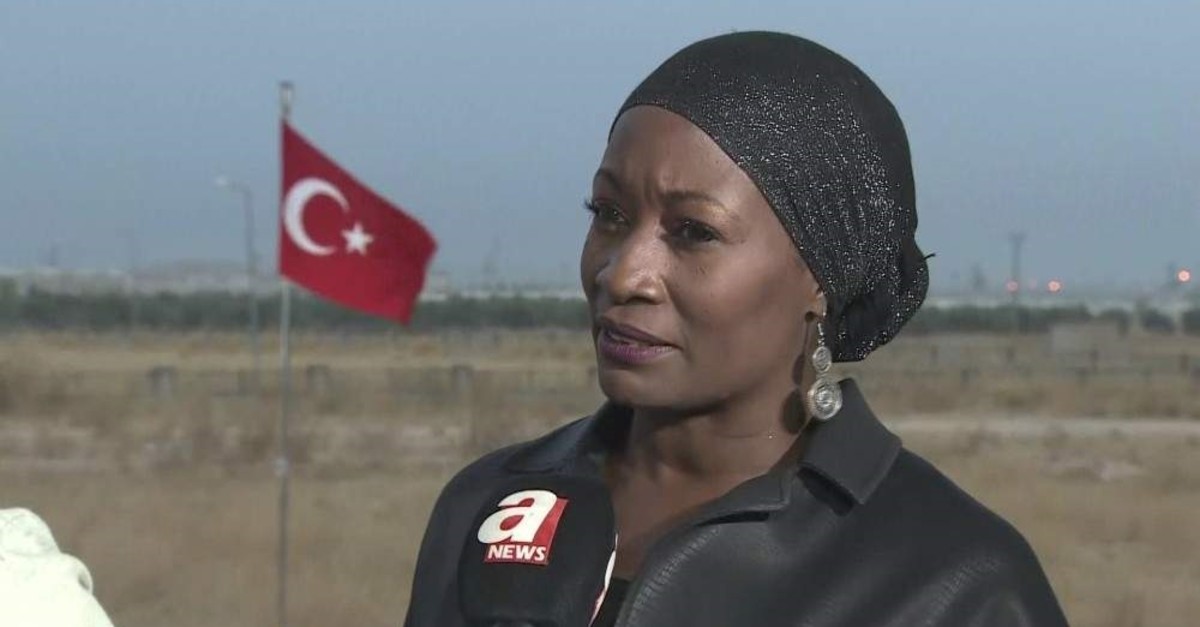 Della Miles speaks to ANews near the Syrian border, Aku00e7akale, u015eanlu0131urfa, Oct. 17, 2019.
by Daily Sabah Oct 18, 2019 6:31 pm
During a special interview with Istanbul-based English broadcaster ANews, American born jazz singer Della Miles commented on Turkey's Operation Peace Spring and called on everyone to support Turkey's humanitarian efforts.
The American singer traveled to the Akçakale district in southeastern Turkey to show support for the ongoing Operation Peace Spring in northern Syria.
Speaking to ANews, Della Miles, who is a singer, songwriter and a longtime vocalist for Michael Jackson and Whitney Houston, said fighting against terrorism should unite everyone from all nationalities.
Miles called on world leaders to stand with Turkey in its fight against terror, highlighting the possibility that every country could be subjected to terror attacks at any time.
Miles also noted Turkey's operation will help millions of Syrian refugees to return to their homeland.
Last Update: Dec 20, 2019 1:07 am
RELATED TOPICS