Trump says pause in Syria holding despite some skirmishes 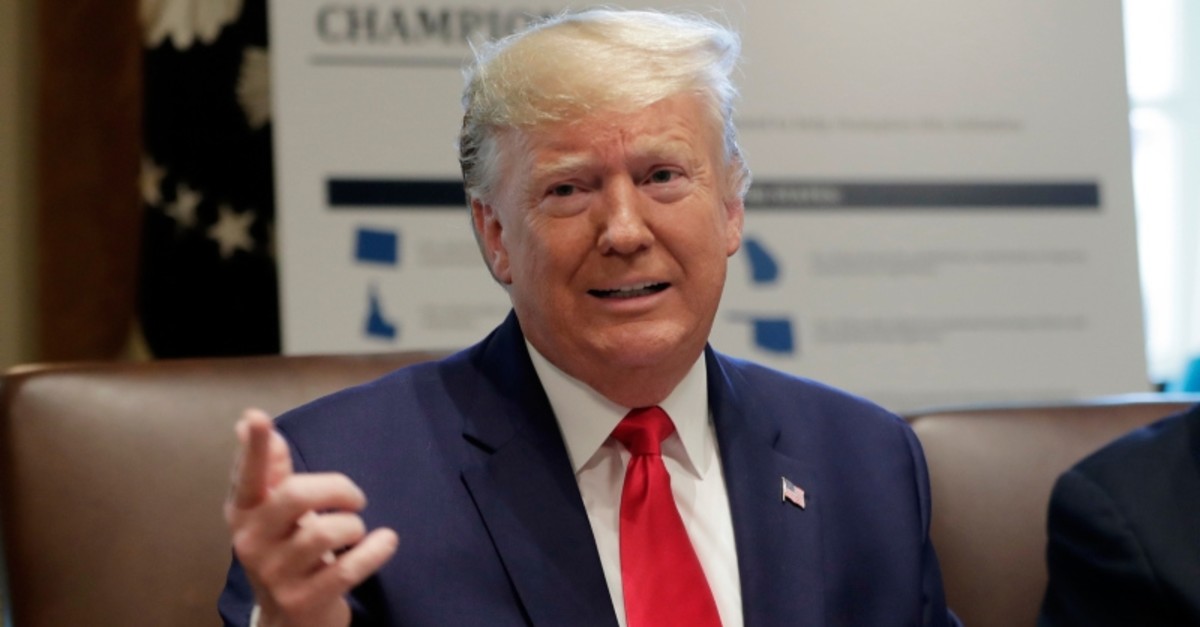 The pause between the Turkish military and the PKK's Syrian offshoot the People's Protection Units (YPG) in Syria is holding despite few skirmishes, U.S. President Donald Trump said on Monday, a day before the deadline.

Trump, speaking to reporters at the White House at a meeting of his Cabinet, said that it appeared that the 120-hour pause negotiated with Turkey was holding. "We're having very good news coming out. The cease-fire's holding," he said.

Turkey and Washington agreed on Thursday for Ankara to halt Operation Peace Spring for 120 hours while YPG terrorists withdraw from a safe zone in northeastern Syria.

The U.S. president also dismissed accusations of betrayal, saying that the U.S. never gave a commitment to the Kurds to stay in the region "400 years" to protect them, referring to the YPG.

In defense of his decision to withdraw U.S. forces from Syria, he said: "Plenty of Turks have died as a result of conflicts on their borders."

"You have to look at it both ways," Trump said.

Trump further contended that U.S. troops are coming home following his decision, a claim at odds with remarks from Defense Secretary Mark Esper who said most U.S. service members will instead be redeployed to neighboring Iraq.

Trump said he does not think "it's going to be necessary" to leave a residual force in northeast Syria, saying "I don't want to leave any troops there." But he acknowledged that Jordan and Israel have requested some U.S. troops remain in a part of the country near the countries.

"So we have a small group there, and we secured the oil. Other than that, there's no reason for it, in our opinion," he said.