US lifts all sanctions on Turkey after Syria operation paused 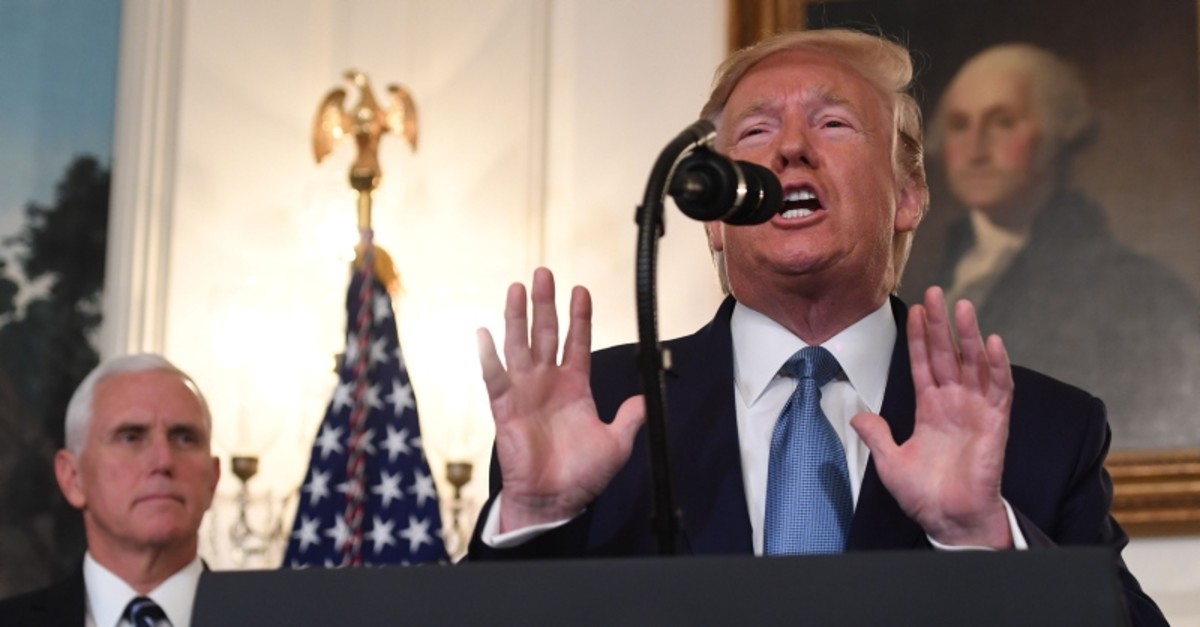 U.S. President Donald Trump said Wednesday that he has instructed the Treasury to lift all sanctions imposed on Turkey following the pause of Operation Peace Spring, which Ankara launched against PKK's Syria affiliate the People's Protection Units (YPG) in northern Syria.

A small number of U.S. troops will remain in areas where there is oil in Syria, Trump told reporters at a news conference at the White House.

"We have secured the oil and, therefore, a small number of U.S. troops will remain in the area where they have the oil," he said.

"We implore European countries to come and take (Daesh) fighters that the U.S. captured and bring them back to their countries for trial and incarceration," Trump said. "Until just recently, Europe has been unresponsive in doing what they should have been doing for a long time. Now, it's their chance to finally act."

"Now Turkey, Syria and others in the region must work to ensure that (Daesh) does not regain any territory. It's their neighborhood, they have to maintain it, they have to take care of it," the U.S. president added.

Upon Trump's announcement, the U.S. Treasury said in a statement that they have officially lifted sanctions on Turkish ministries and ministers.

Earlier on Wednesday, Trump tweeted that "big success" had been achieved at the Turkish-Syrian border, after Turkey and Russia agreed on a safe zone deal.

The deal, reached between Ankara and Moscow on Tuesday, will see Russian military police and Syrian border guards "facilitate the removal" of YPG terrorists and their weapons from within 30 kilometers (18 miles) of the border. This withdrawal must be finalized within 150 hours.

The Turkey-Russia agreement was reached after marathon talks between President Recep Tayyip Erdoğan and President Vladimir Putin in Russia on Tuesday.

It will also see Turkey preserve a "safe zone" inside Syria about 120 km long and 32 km deep. Russia and Turkey will eventually launch joint patrols along the zone.

Turkey launched Operation Peace Spring, the third in a series of cross-border anti-terror operations in northern Syria targeting terrorists affiliated with Daesh and the PKK's Syrian offshoot the YPG, on Oct. 9 at 4 p.m. The operation was paused on Oct. 17 after a deal between Ankara and Washington to give the YPG five days to withdraw from the proposed safe zone area, a period which ended Tuesday night.