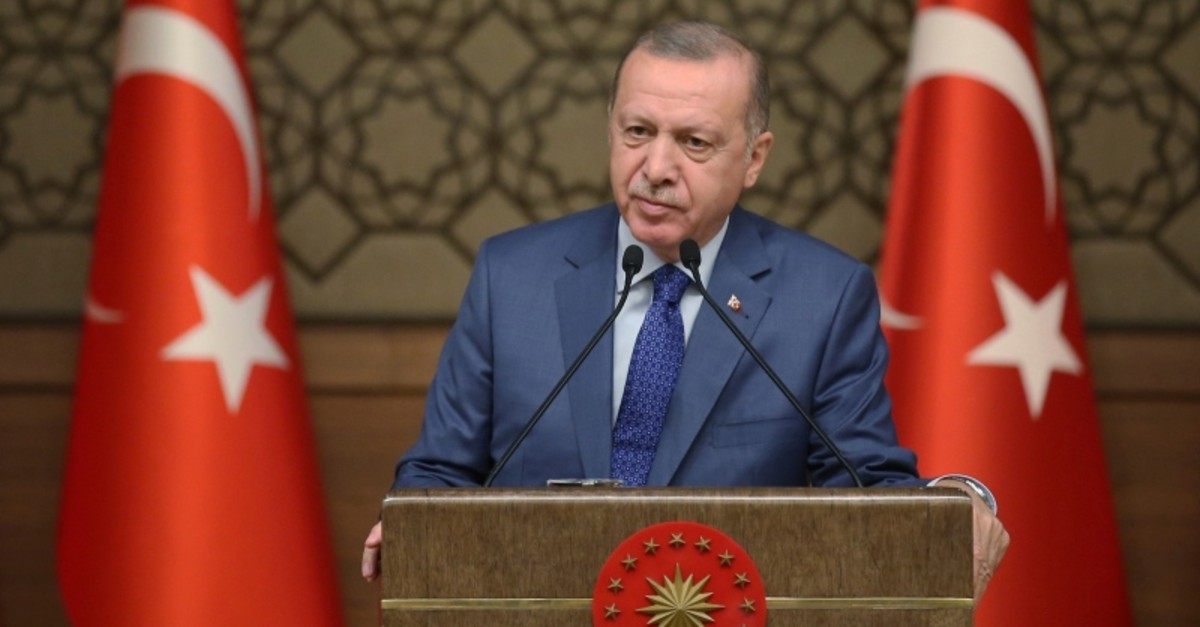 | AP Photo
by daily sabah Oct 25, 2019 7:18 pm
President Recep Tayyip Erdoğan has filed a criminal complaint with prosecutors in Ankara against a French magazine that accused him of "ethnic cleansing" in northeastern Syria amid Operation Peace Spring.
Featuring a picture of Erdoğan, Le Point magazine's cover this week read "Ethnic cleansing, the Erdogan method." Another line on the cover asked: "Will we let the Kurds be massacred?"
Erdoğan demanded a court case opened against Etienne Gernelle, the chief editor of Le Point, and author Romain Gubert, Anadolu Agency said.
Erdoğan accused the two of insulting the president, an offense that could result in nearly five years in prison according to Turkish laws.
On Oct. 9, Turkey launched Operation Peace Spring to eliminate terrorists from northern Syria east of the Euphrates in order to secure Turkey's borders, aid in the safe return of Syrian refugees and ensure Syria's territorial integrity.
Turkish officials have said many times that Turkey’s aim in Syria is not to fight Kurds, but to clean the area from terrorist groups and to secure Turkey's borders.
The operation, conducted in line with the country's right to self-defense borne out of international law and U.N. Security Council resolutions, aims to establish a terror-free safe zone for Syrians to return to the area east of the Euphrates controlled by U.S.-backed Syrian Democratic Forces (SDF), which is dominated by People's Protection Units (YPG) terrorists.
Ankara agreed with Washington on Oct. 17 to pause its operation for five days to allow YPG terrorists to withdraw from the planned zone.
On Tuesday, just as the deadline for the pause was about to expire, Turkey reached an agreement with Russia on a 10-point plan to create a terror-free safe zone in northern Syria and they reiterated their commitment to the political unity and territorial integrity of Syria.
According to the agreement, the PKK-affiliated YPG terrorists will pull back 30 kilometers (18.6 miles) from Turkey's border within 150 hours and security forces from Turkey and Russia will conduct joint patrols there.
Last Update: Dec 20, 2019 1:15 am
RELATED TOPICS