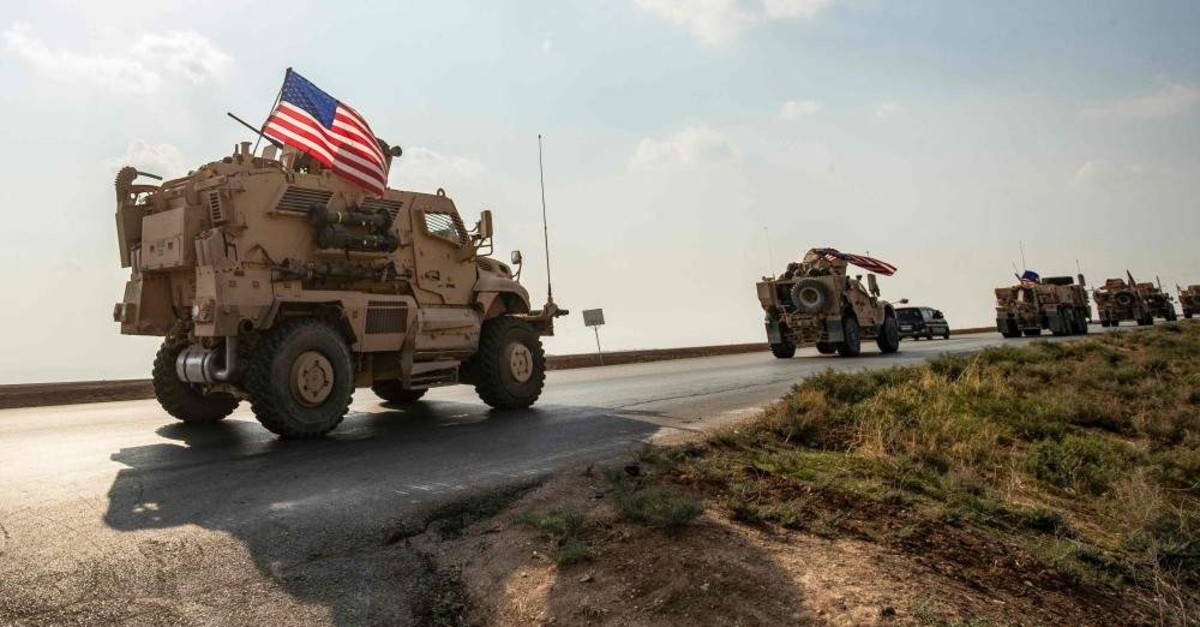 A convoy of US military vehicles, arriving from northern Iraq, passes through the Syrian northeastern city of Qamishli towards the eastern region of Deir Ezzor on October 26, 2019. (AFP Photo)
by Compiled from Wire Services Oct 26, 2019 6:32 pm

U.S. Defense Secretary Mark Esper said the move is aimed at keeping the fields from potentially falling into the hands of Daesh militants.

On Saturday, a U.S. convoy of over a dozen vehicles was seen driving south of the northeastern city of Qamishli, likely heading to the oil-rich Deir el-Zour area or another base before it. The Syrian Observatory for Human Rights also reported the convoy, saying it arrived earlier from Iraq.

Russian ministry spokesman Maj. Gen. Igor Konashenkov said "what Washington is doing now, the seizure and control of oil fields in eastern Syria under its armed control, is, quite simply, international state banditry."

He added in a statement that "all hydrocarbon deposits and other minerals located on the territory of Syria do not belong to the IS terrorists, and even less to the 'American defenders from IS terrorists,' but exclusively to the Syrian Arab Republic," using another acronym for the Daesh terrorist group.

"The real cause of this illegal action by the United States in Syria lies far from the ideals that Washington has proclaimed and from the slogans of fighting terrorism," Konashenkov said.
Last week, Trump said he would pull back U.S. troops from northeastern Syria ahead of Turkey's anti-terror operation there, a move which sparked backlash from Capitol Hill.
On Wednesday, Trump said Washington will keep "a small number" of U.S. troops in Syria "where they have the oil."
The president did not specify where the troops would be stationed or how many he is considering but said "we're going to be protecting" the oil. "And we'll be deciding what we're going to do with it in the future."