Turkey calls on Greece to stop illegal 'pushback' of migrants 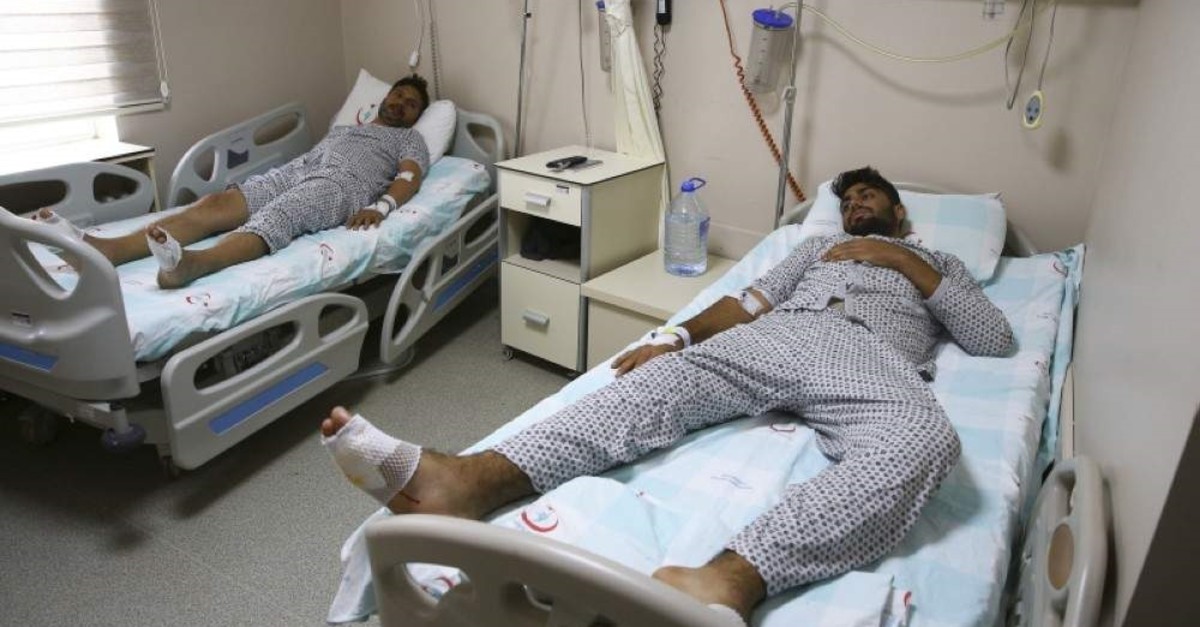 Pakistani migrants receive treatment in hospital in Edirne, Turkey, after being beaten and forced back across the border by Greek soldiers. (AA Photo)
by Daily Sabah Oct 27, 2019 8:48 pm

Turkey’s Foreign Ministry on Sunday called on Greece’s new government to end the illegal practice of “pushback” of irregular migrants over the Turkish border.

“Although Greece denies the fact that irregular migrants are pushed back into our country by Greek authorities, the pushback of irregular migrants carried out by Greek officials on our border continues both at sea and on land,” the ministry said in a statement.

In interviews with these migrants, Turkish authorities have learned that, in many instances, the migrants’ personal belongings were confiscated and they were subjected to unacceptable treatment, such as beatings, before being pushed back to Turkey by Greek officials.

“We have all kinds of images, photographs, documents and statements of returned people regarding the pushback practices of Greek officials,” the ministry said.

The ministry noted that the pushback practices, which are contrary to international law, have also been recorded in reports by the Council of Europe. The council has called on Greece to suspend and investigate these practices, the statement added.

“The fact that Greek authorities deny pushbacks contrary to international law as determined by our relevant departments and the Council of Europe does not change the reality in the field,” it said.

“We invite the new Greek government to work to correct this policy, which is contrary to international law, rather than to deny the pushback cases identified by the Council of Europe, which has all the information and documents that we have,” the ministry concluded.

Under international laws and conventions, Greece is obliged to register any illegal migrants entering its territory; yet, this is not the case for thousands of migrants were forcibly returned to Turkey especially since the beginning of refugee influx into Europe in 2015.

However, some desperate migrants still take the route across the better-policed land border between Turkey, Greece and Bulgaria, especially in winter months when a safe journey through the Aegean is nearly impossible aboard dinghies.