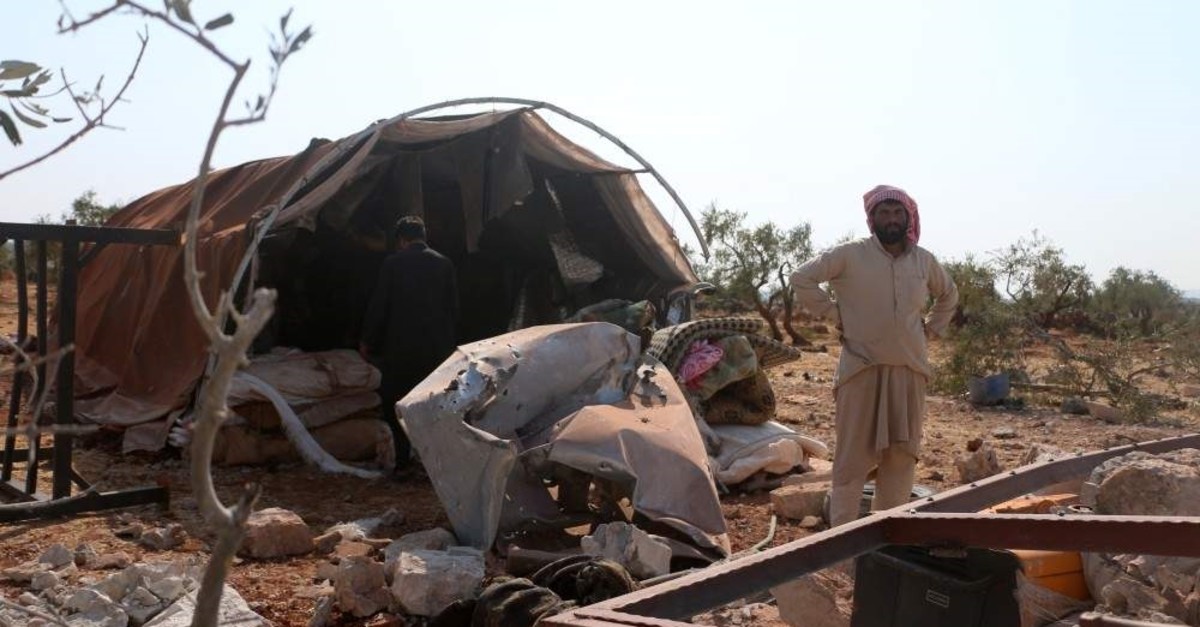 by Oct 29, 2019 4:55 pm
The announcement of the death of Daesh leader Abu Bakr al-Baghdadi created major waves in the international community raising questions as to what this development means for the terrorist organization and which path remaining Daesh members will follow from now on.
Killed during a U.S. military raid in northwestern Syria’s Idlib province on Saturday night, the terrorist leader’s death led to mixed reactions. While some saw it as a major blow to Daesh, others indicated that the terrorist organization's functionality will not be affected due to the loss of its headman.
“Even though the death of terrorist organization leaders causes significant effects on the lifetime of these organizations, this does not ensure the disappearance of the organization. This method called decapitation in which leaders of such organizations are targeted is much debated. We know that the U.S. has used this method against al-Qaida in Afghanistan, Yemen and Iraq and other countries have as well,” Murat Yeşiltaş, director of security studies at Ankara's Foundation for Political, Economic and Social Research (SETA), told Daily Sabah, pointing to killing of al-Qaida leader Osama bin Laden which “did not put the organization face to face with an existential crisis.”
Coming following Turkey’s efforts of fighting against terrorism, this development was welcomed as positive news by Ankara, which has reached two agreements with the U.S. and Russia recently to develop a safe zone in Syria. Turkish security forces have been involved in a long-running internal and external campaign to eliminate Daesh terrorists and launched three cross-border operations in northern Syria. The terrorist group is blamed for a string of terror attacks in Turkey that killed dozens of people over the past three years in Istanbul and Ankara as well as cities in the southeast. Underlining that U.S. and Turkish military officials coordinated and exchanged information prior to the operation on Saturday, Trump thanked Turkey for its role in the defeat against the terrorist group.
Daesh could renew itself, use other groups
Speaking to Daily Sabah, Hilmi Demir, an expert on radicalization, extremism and Salafism stated “The agreement between Turkey, the U.S. and Russia could defuse the presence of Daesh in Syria. However, this does not mean that it would not manifest itself in other areas. A caliphate was not sustainable for Daesh, if after al-Baghdadi’s death no Qurayshi leader is appointed, the organization would continue leaving the caliphate behind,” adding that this would probably be called the beginning of the post-Daesh period.
Demir continued stressing that Daesh fighters in Syria might gather under the roof of different organizations based on al-Qaida such as Huras al-Din, which would make small organizations or those we never heard of stronger.
“Daesh and similar organizations are motivated not by their leaders but their ideology – that of Daesh is still alive and has a convenient ground. The ideology of Daesh does not mean necessarily religion, unfortunately, it is not that easy, it is rather a political, social, cultural and religious framework including the call for violence. Rising anti-Muslim sentiments, white fascism, the extremist right in the West and China’s extortion of Uighurs will continue to be Daesh’s lifeline support,” he said.
It was in 2014 when the world caught a glimpse of the ruthless terrorist leader delivering a sermon from the pulpit of Mosul's Great Mosque of al-Nuri, his only known public appearance. He urged Muslims around the world to swear allegiance to the caliphate and obey him as its leader. His exhortations were instrumental in inspiring terrorist attacks in the heart of Turkey, Europe and in the United States. Yet, as a result of the international coalition against Daesh, the terrorist group which had expanded largely in Syria and Iraq, lost its last stronghold which marked the collapse of his self-declared caliphate. With a $25 million U.S. bounty on his head, al-Baghdadi has gone underground in recent years, releasing only sporadic audio recordings, including one just last month in which he called on members of the extremist group to do all they could to free Daesh detainees and women held in jails and camps.
Underlining that the concept of leadership is questionable in terrorist organizations due to their decentralized nature, Yeşiltaş said that other methods of fighting terrorism need also be applied. “Daesh has lost its claim of land which will make it an underground organization and will force the global terrorism strategy to adapt accordingly. It is possible that Daesh members will want to give an answer especially on the killing of al-Baghdadi, yet it is not known how and where such an attack would occur,” he added.
Turkish Presidential Communications Director Fahrettin Altun yesterday stated that the struggle against terrorism must continue, pointing out that “an investigation has to be carried out on the mobility of the Daesh leader in Syria and lastly in Idlib. We believe that cooperation against terror groups should not end with the killing of high-profile leaders but should continue until all cells of the groups are eradicated and all members of the group are brought to justice.”
Last Update: Dec 20, 2019 1:18 am
RELATED TOPICS