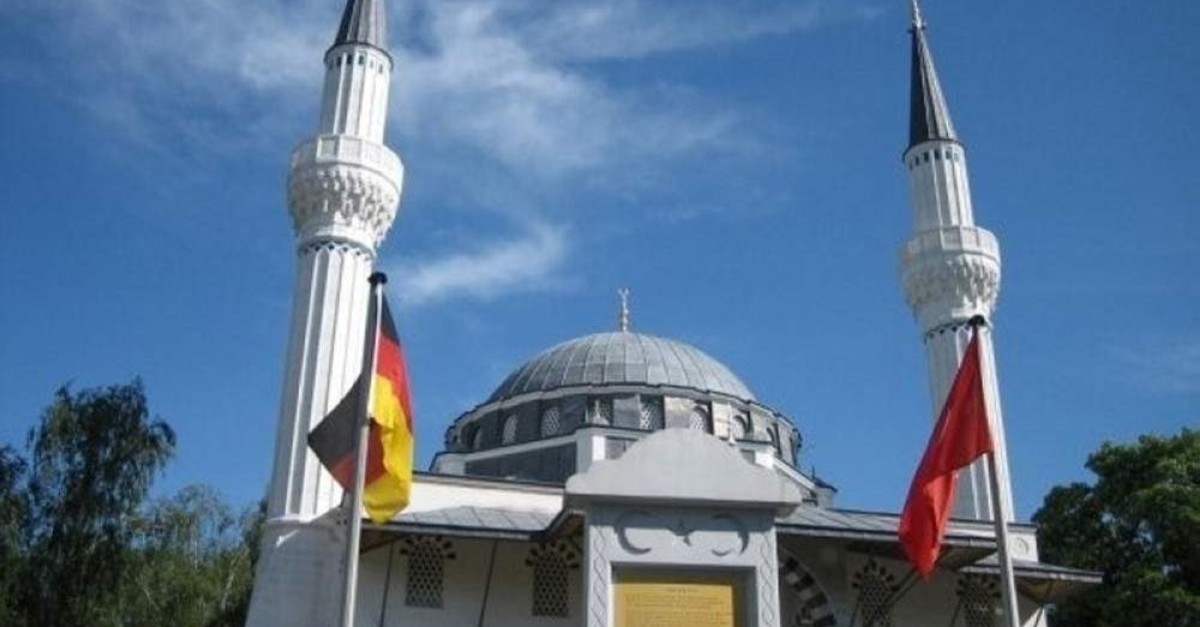 u015eehitlik Mosque located in the German capital Berlin (File Photo)
by Daily Sabah with AA Oct 29, 2019 2:18 pm
A mosque in the German capital Berlin received an anti-Muslim letter sent in the mail, an official said, amid the surge of far-right parties in the recent provincial elections.
The mosque affiliated with the Islamic Federation of Berlin informed police about the letter, the organization’s president Murat Gül said Monday.
Gül said an investigation was launched on charges of racism against Muslims.
He noted that the mosque’s administration decided not to disclose the name of the mosque to prevent it from being further targeted.
"We feel that xenophobia and Muslim hatred have increased in Germany,” he said.
He emphasized that Germany is one of the safest countries, adding that police should take precautions to preserve this. Gül also urged politicians to step up their fight against far-right extremism in the country.
Gül suggested that the German government should designate an official for the purpose of fighting anti-Muslim sentiment, the same way it has an official to deal with anti-Semitism.
“This way, the government will be able to better coordinate the fight against anti-Muslim sentiment,” he added.
The letter comes in the wake of state elections in Thuringia, where the far-right Alternative for Germany (AfD) Party came in second, more than doubling its vote share to 23.4%.
There has been a significant surge in attacks targeting mosques and Muslims in Germany, fueled by propaganda from far-right parties that exploit fears over the refugee crisis and terrorism.
Germany, a country of over 81 million people, has the second-largest Muslim population in Western Europe after France. Among the country's nearly 4.7 million Muslims, 3 million are of Turkish origin. Many Germans of Turkish descent are second and third-generation descendants of Turkish immigrants, who moved to the country during the 1960s.
Last Update: Dec 20, 2019 1:18 am
RELATED TOPICS