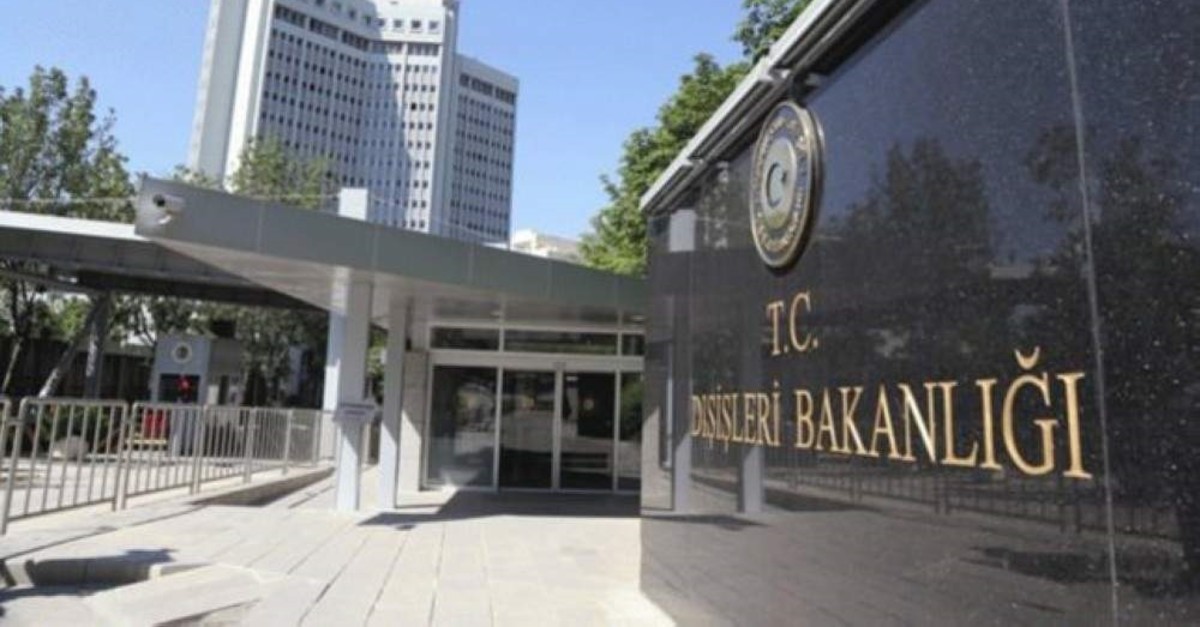 | AA Photo
by Daily Sabah Nov 01, 2019 9:03 am
Turkey summoned on Thursday the French ambassador in the aftermath of a resolution by the French parliament on Ankara's counter-terrorism operation in northern Syria, diplomatic sources said.
Turkish authorities voiced their strong criticism to Charles Fries over the move by the French Senate and National Assembly on Operation Peace Spring said the sources who asked not to be named due to restrictions on talking to the media.
France’s parliament on Wednesday approved unanimously a resolution condemning the operation which was launched on Oct. 9 to eliminate the terrorists from northern Syria east of the Euphrates River in order to secure Turkey’s borders, aid in the safe return of Syrian refugees, and ensure Syria’s territorial integrity.
The resolution, prompting an immediate end to the operation in northern Syria "reiterated France's unwavering support for the YPG operating under the name of SDF."
Earlier on Thursday, the Turkish Foreign Ministry slammed in a written statement the decision, adding that: "We strongly condemn and reject decisions by the French Senate and National Assembly about Operation Peace Spring.”
"It is obvious that France took this decision after its plan to establish a terrorist state in Syria failed," it said, adding that the French government and parliament had shown that they were on the side of the terrorists.
On Oct. 22, Turkey and Russia reached a deal under which YPG/PKK terrorists would pull back 30 kilometers (18.6 miles) south of Turkey’s border with northern Syria within 150 hours and security forces from Turkey and Russia would conduct joint patrols there. The 150-hour period ended on Tuesday. In its more than 30-year terror campaign against Turkey, the PKK has been responsible for the deaths of 40,000 people, including women, children, and infants. The YPG/PYD is the Syrian offshoot of PKK. * Writing by Jeyhun Aliyev
Last Update: Dec 20, 2019 1:22 am
RELATED TOPICS