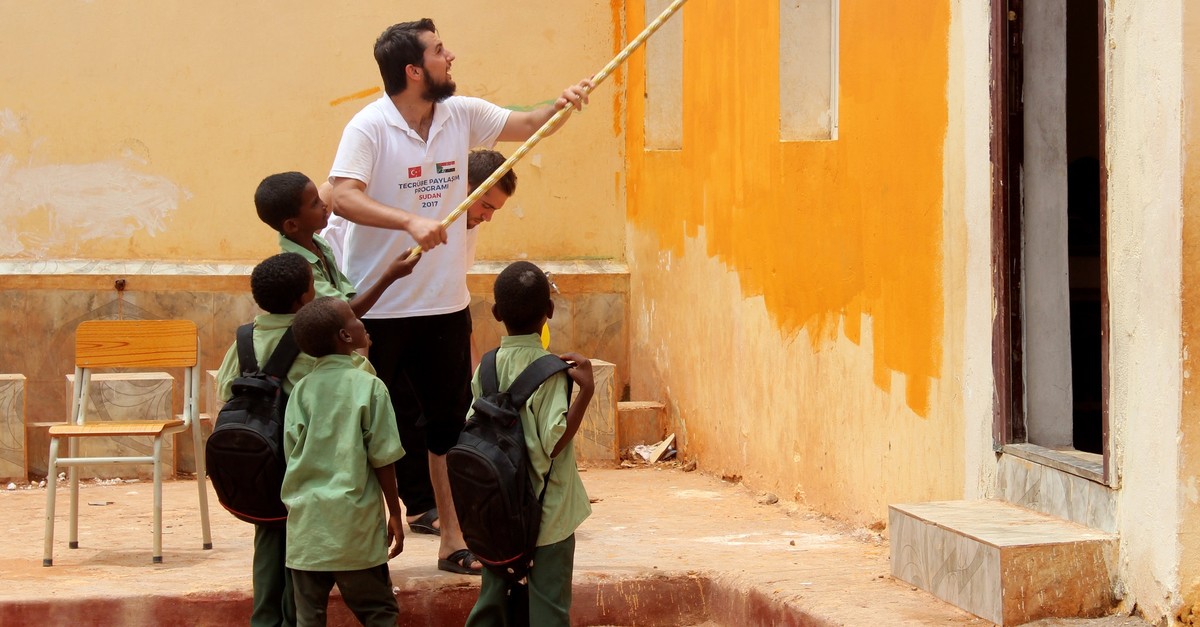 | AA File Photo
by Daily Sabah with AA Nov 07, 2019 4:05 pm
Turkish state organizations have been carrying out significant projects in Africa and contribute to good relations with the countries on the continent, a ruling party official said yesterday.
“Turkey is now a significant actor in Africa with the Maarif Foundation, TİKA (Turkish Cooperation and Coordination Agency), Yunus Emre Institute, THY (Turkish Airlines) and the business world,” ruling Justice and Development Party (AK Party) Deputy Chairman Cevdet Yılmaz said.
The AK Party deputies visited South Africa following the understanding of memorandum signed between AK Party and South Africa’s ruling African National Council (ANC) in August.
“This dialogue that we established in South Africa with the ANC will improve our bilateral relations, contribute to the works of our institutions there and contribute to our relations with other countries in southern Africa,” Yılmaz told Anadolu Agency (AA) regarding his visit.
Yılmaz said the threat of the Gülenist Terror Group (FETÖ) was emphasized during the visit, adding: “This is not only a threat to Turkey but a security threat to all countries where it operates. We underline everywhere we go that, beside some obvious figures, their links especially have to be investigated. These are countries that have gone through a period of colonialism, countries that have been exploited for their resources by some international powers. We have stressed that the same powers today try to control and destabilize these countries with other instruments.”
FETÖ and its U.S.-based head Fetullah Gülen orchestrated the defeated coup of July 15, 2016, which killed 251 people and injured nearly 2,200. FETÖ was also behind a long-running campaign to overthrow the state through the infiltration of Turkish institutions, particularly the military, police and judiciary.

Over the last 20 years, in line with its multidimensional foreign policy, Turkey has been pursuing a more active opening-up policy toward many regions. Until the 1990s, Turkey's foreign policy was limited to the borders of NATO in the Western world. Since the 2000s, however, Turkey has embraced a new foreign policy strategy as a result of questioning and redefining its position in the global order.

This new strategy has diversified Turkey's foreign policy alternatives with a more independent stance and a strategy in the direction of its national interests. For Africa, Turkey declared 2005 the African year and accelerated the pace of its ties with the countries on the continent.