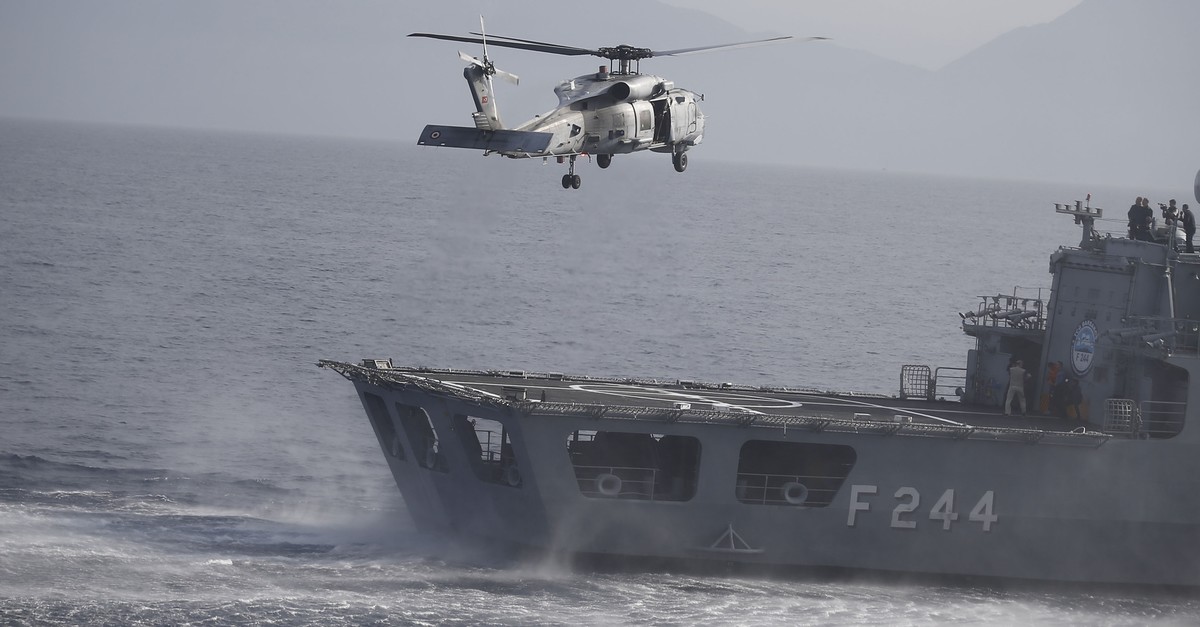 The Eastern Mediterranean 2019 Invitation Exercise – hosted by Turkey with the participation of 15 countries, 47 ships and 4,700 personnel – is continuing on its third day.

The multinational military exercise, which is organized every other year by the Turkish Naval Forces Command (TNFC) and is celebrating its 22nd year, started on Sunday. It entered into its second phase yesterday with the departure of the warships from Aksaz Marine Base in the Mediterranean resort town of Marmaris.
The exercise is expected to last 12 days. In addition to Turkey's navy, the naval forces of the U.S., Pakistan, Canada, Bulgaria, Romania, Italy, Greece and Spain are participating in the drill.

The ships that left the harbor in Marmaris increased their security level to the highest possible against any potential attack, sabotage or terrorist action that could come from sea, air or land.

As a multinational military exercise with the participation of friendly and allied countries, the drill aims to improve reciprocal workability and train the Turkish high-readiness marine force base.
The exercise included the detection of submarines, as well as monitoring, tracking and assault procedures and the use of naval aircraft in this context.

Previously, Yankı Bağcıoğlu, the head of navy operations, told Anadolu Agency (AA) that the TNFC has established an exercise-control unit of 170 people and an additional 96 personnel will perform their duties at the headquarters.

Within this context, 12 planning-coordination meetings have taken place, Bağcıoğlu said, underlining that more than 200 cases were prepared for the direction of the free game phase of the exercise.

He emphasized that the current drill will have the highest level of participation compared to any other exercise in the Eastern Mediterranean.

Bağcıoğlu also said that four frigates, one submarine, three mine hunting vessels and two fuel supply vessels belonging to the Turkish, Canadian, Greek, Spanish and Italian naval forces will participate in the exercise.