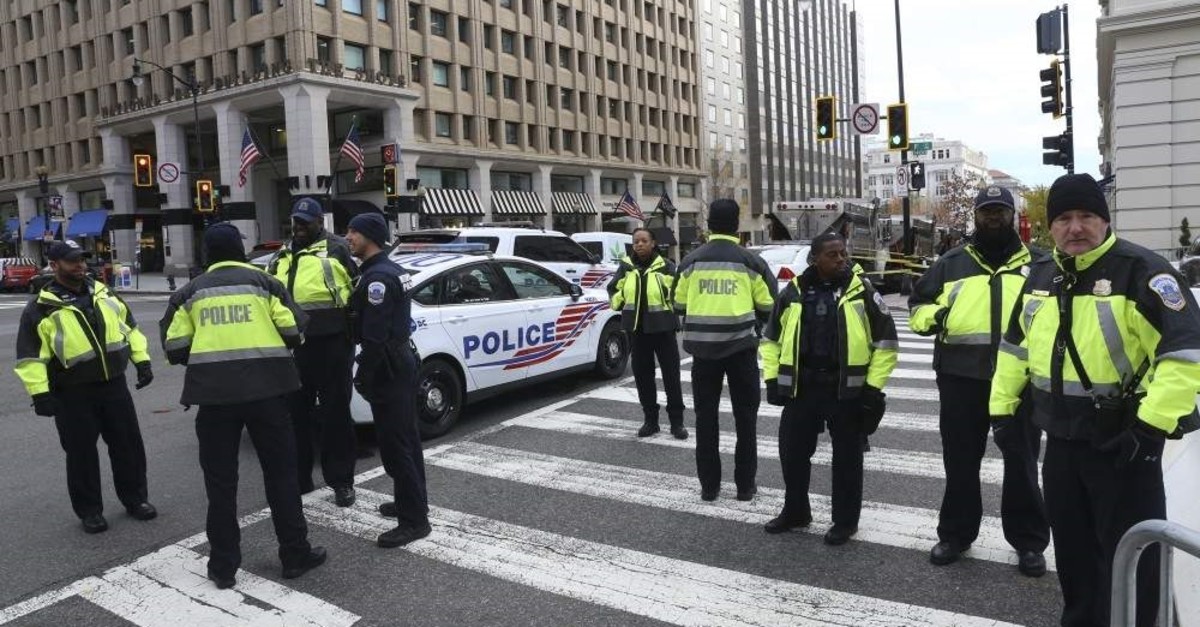 | AA Photo
by Anadolu Agency Nov 13, 2019 12:51 pm
Armenian groups in the U.S. are working with supporters of the PKK terrorist organization to protest the Turkish president's visit to the U.S. on Wednesday.
The Armenian National Committee of America (ANCA) announced that the American Rojava Center for Democracy (ARCDEM), a supporter of the terrorist PKK, and the Armenian Youth Federation have been preparing to protest Recep Tayyip Erdoğan, who is paying a two-day visit to the U.S. at the invitation of President Donald Trump.
Opponents of Turkey were invited for protests to be held in front of the White House, spurred by online smear campaigns against Turkey's Operation Peace Spring in northern Syria, which targets the terrorist PKK's Syrian offshoot the People’s Protection Units (YPG).
After Erdoğan arrived in Washington on Tuesday for his working visit, his Wednesday meeting with Trump is expected to focus on the implementation of the Oct. 17 agreement between Turkey and the U.S. on northern Syria and the U.S. relationship with the YPG/PKK.
The U.S. has long partnered with YPG terrorists, ostensibly to fight Daesh, ignoring evidence supplied by Turkey that the YPG is, in fact, part of the terrorist PKK, which the U.S. does recognize as a terror group.
In its more than 30-year terror campaign against Turkey, the PKK -- listed as a terrorist organization by Turkey, the U.S. and the European Union -- has been responsible for the deaths of 40,000 people, including women, children and infants.
The Armenian National Committee of America, founded in 1941, has been waging a smear campaign against Turkey and Turks across the U.S. and world.
Turkey on Oct. 9 launched Operation Peace Spring to eliminate YPG/PKK terrorists from northern Syria east of the Euphrates River in order to secure Turkey's borders, aid in the safe return of Syrian refugees, and ensure Syria's territorial integrity.
On Oct. 17 the U.S. and Turkey came to an agreement to pause the operation to allow the withdrawal of terrorist YPG/PKK forces from the planned safe zone, where Ankara wants to repatriate millions of Syrian refugees it is currently hosting.
On Oct. 22, Turkey reached a separate deal with Russia to force YPG/PKK terrorists to withdraw from the planned terror-free zone.
Turkey has complained that despite the deal, the terrorists have remained and continue to carry out attacks.