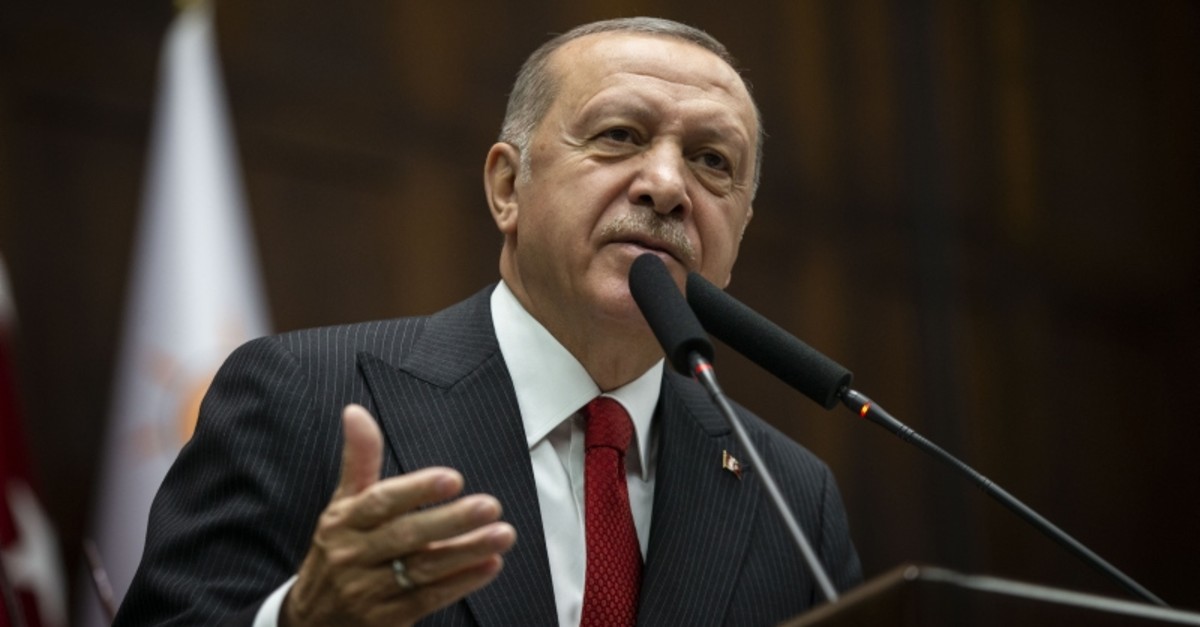 President Recep Tayyip Erdoğan said that the U.S. President acknowledged Turkey's position regarding the S-400 missile defense system after he told him about the circumstances.

"I told Mr. Trump how Turkey was pushed into buying the S-400 missile defense system from Russia and he acknowledged our position," Erdoğan told a parliamentary group meeting of the Justice and Development Party (AK Party) on Tuesday.

The president continued by saying that he told his U.S. counterpart that Ankara would seek alternatives if the U.S. does not adopt a compromising stance regarding the F-35s, as he reiterated once again that Turkey will not give up the S-400s.

However, U.S. officials have advised Turkey to buy the Patriot missile system rather than the S-400 system from Moscow, arguing it is incompatible with NATO systems.

"PKK/YPG released thousands of Daesh members held in camps and prisons in Syria as blackmail. You know (the U.S.) had partners (in Syria), these are their so-called partners," Erdoğan said.

The president highlighted Turkey's concerns in an official visit to Washington last week.

The People's Protection Units (YPG) and its political wing, the Democratic Union Party (PYD), are the Syrian offshoots of the PKK, a designated terror organization in the U.S. and Turkey.