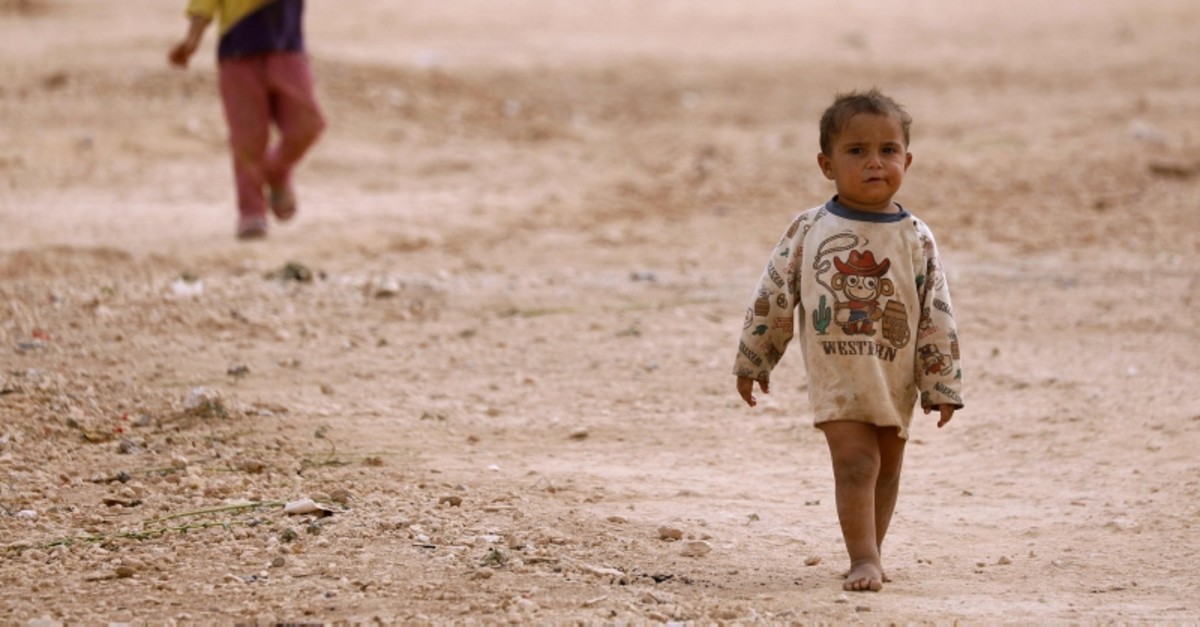 More than 29,000 children have been killed since the start of the civil war in Syria in 2011, said a report by a London-based rights watchdog.

In the report released Wedensday on the occasion of World Children's Day, the Syrian Network for Human Rights said it documented the deaths of 22,753 children at the hands of Assad regime forces and allied Iran-backed terrorist groups.

At least 186 children were killed by the regime's chemical attacks and 305 died due to malnutrition and medicine shortages in areas besieged by the regime.

Russian forces came in second, killing 1,928 children, while 984 children were killed by Syrian opposition forces, 956 by the Daesh terrorist group, 924 by the U.S.-led international coalition and 214 by the Syrian Democratic Forces (SDF) – another name used by the PKK-affiliated the People's Protection Units (YPG) terrorist group.

Meanwhile, 5,034 children remain in detention, including 3,618 held by the Assad regime and 722 held by the YPG/PKK terrorist group.

At least 326 children are also being held by Daesh in areas under its control.

Syria has been locked in a vicious civil war since early 2011 when the Bashar Assad regime cracked down on prodemocratic protests with unexpected ferocity.

Hundreds of thousands of people have since been killed and more than 10 million others displaced, according to U.N. figures.