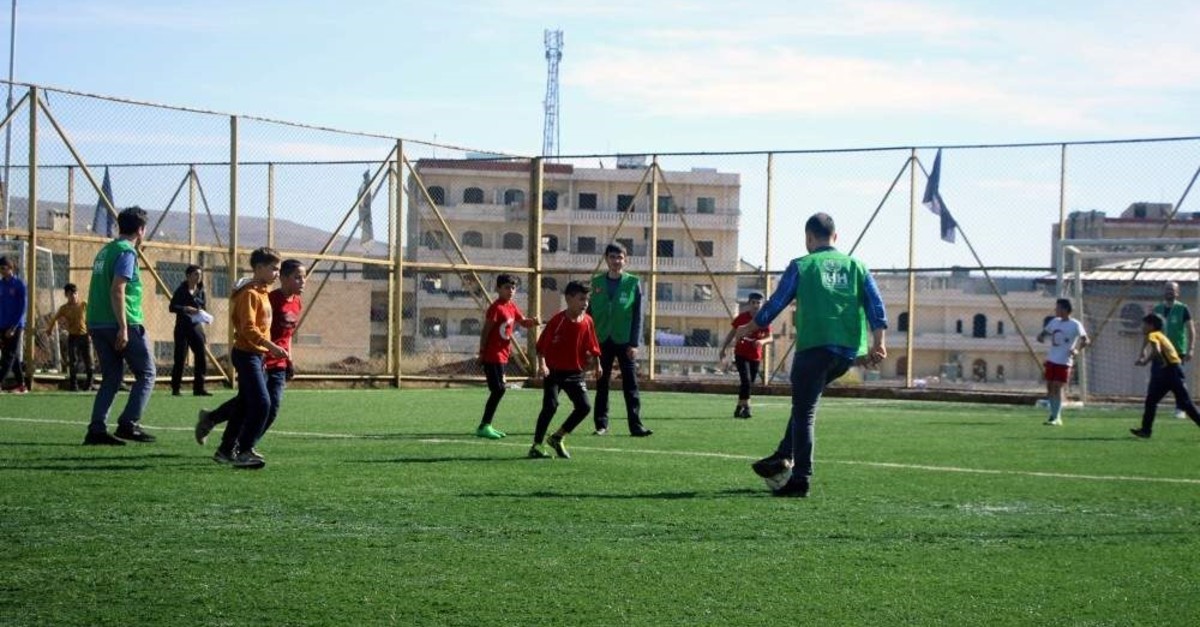 Turkey's Humanitarian Relief Foundation (İHH) organized a football event yesterday for orphans in northwestern Syria’s Afrin, which was liberated from terrorists in a Turkish military offensive.

Cengizhan Özdemir, the Afrin head the foundation's Syria branch said the football match was organized to boost the morale of the orphans.

“The orphans played a football match with İHH volunteers from Kütahya’s Simav district. The match was held on astroturf in the Afrin city center,” Özdemir said, adding that orphans won the game 11-8.

“We are trying to make them smile with different events,” Özdemir added. The orphans also received gifts after the match.

Turkey launched Operation Olive Branch on Jan. 20, 2018, to remove the PKK-affiliated People's Protection Units (YPG) from Afrin. The Turkish military and the Free Syrian Army (FSA) entered Afrin town center and liberated it from terrorists on March 18, 2018.
Following the operations, Turkey has been involved in the rebuilding of the town's infrastructure, as well as health and educational institutions. Several Turkish humanitarian agencies are also working to return life to normal in the region.

Schools are being renovated and a hospital is being built. Turkey also helps local people build olive oil facilities in the town where agriculture is the main source of income.
Tens of thousands of people who fled terrorist groups in Afrin returned to the town after Operation Olive Branch. In a recent development, Turkey's postal directorate is also preparing to open a post office in Afrin.