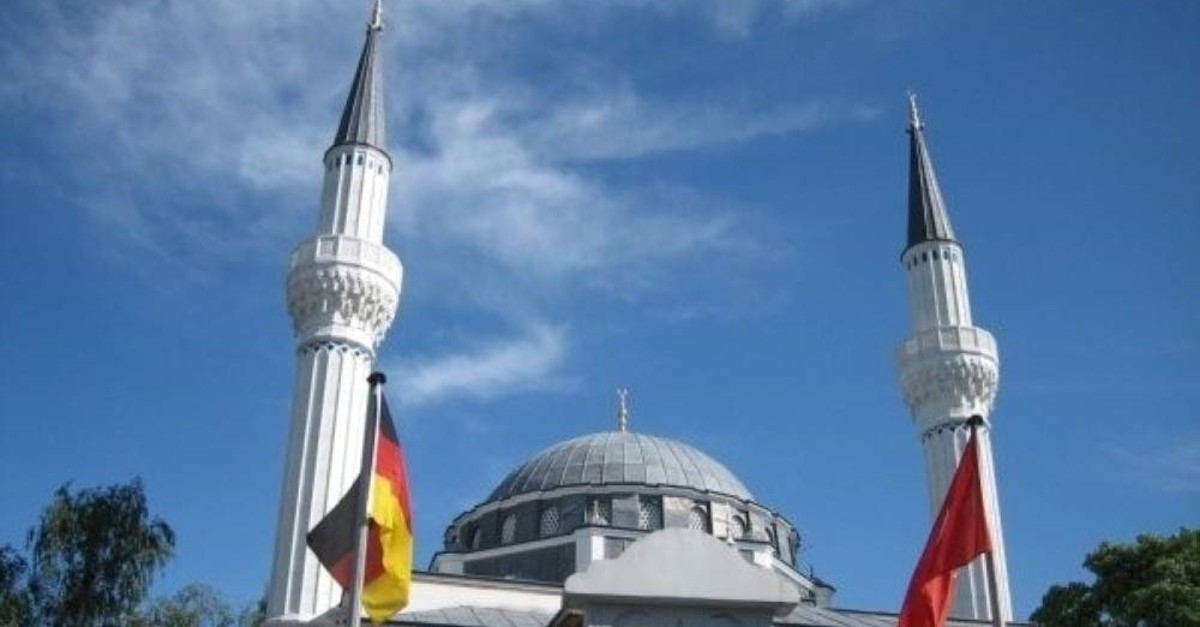 The u015eehitlik Mosque in Berlin. (Sabah File Photo)
by Daily Sabah Nov 24, 2019 4:02 pm
Muslim communities in Germany criticized the government’s new project to train imams, accusing it of being a political initiative and a concerning development for the community, while noting that the new project violates the German constitution.
Germany is launching an imam training pilot project in the country, to ensure that the religious officials who are employed in mosques in the country receive their education in Germany.
The project, set to be launched at the University of Osnabrück, will be collaborative in nature and bring together associations such as the Association of Islamic Cultural Centers (VIKZ) and the Turkish-Islamic Union for Religious Affairs (DİTİB).
However, many Islamic associations expressed concern about the project.
In a statement, the Islamic Community National Vision (IGMG) association accused the project of being politically motivated.
The General-Secretary of the Islamic Council in Germany, Murat Gümüş, told the Demirören News Agency (DHA) that they are concerned about the project.
He noted that many communities, including the Turkish Presidency of Religious Affairs (Diyanet) and the National Vision (Milli Görüş) community, had been training imams in Germany for years and the new project is in violation of the German constitution.
“When we look at the German constitution, we see that religion and politics are separate affairs. The political authorities cannot interfere in the affairs of the communities, affect or determine their teachings,” Gümüş said.
He continued by saying that religious communities may work in cooperation with state institutions and universities, but this request must come from the community itself.
He noted that the political actors in the country are trying to create their own structure, aiming to have a direct impact on their affairs.
On a different note, the International Academics Union Co-Chair Dr. Hakan Aydın claimed that the initiative will shake the Muslim community’s trust in the state because it disregards the community and only includes a few actors chosen by the state to represent Muslims as a whole.
“We hope that the state works on a new project that includes the support of many Islamic associations and is solely based on their authority,” Dr. Aydın added.
The project surfaced following criticism regarding a large number of imams coming from Turkey, with some claiming that they represented the Turkish government.
Chancellor Angela Merkel's government has been pushing for imams preaching in Germany to also be educated in the country. Many of the country's imams were educated in Turkey or Middle Eastern countries. Turks are the largest ethnic minority in Germany with a population of about 3 million.
Last Update: Dec 20, 2019 1:53 am
RELATED TOPICS