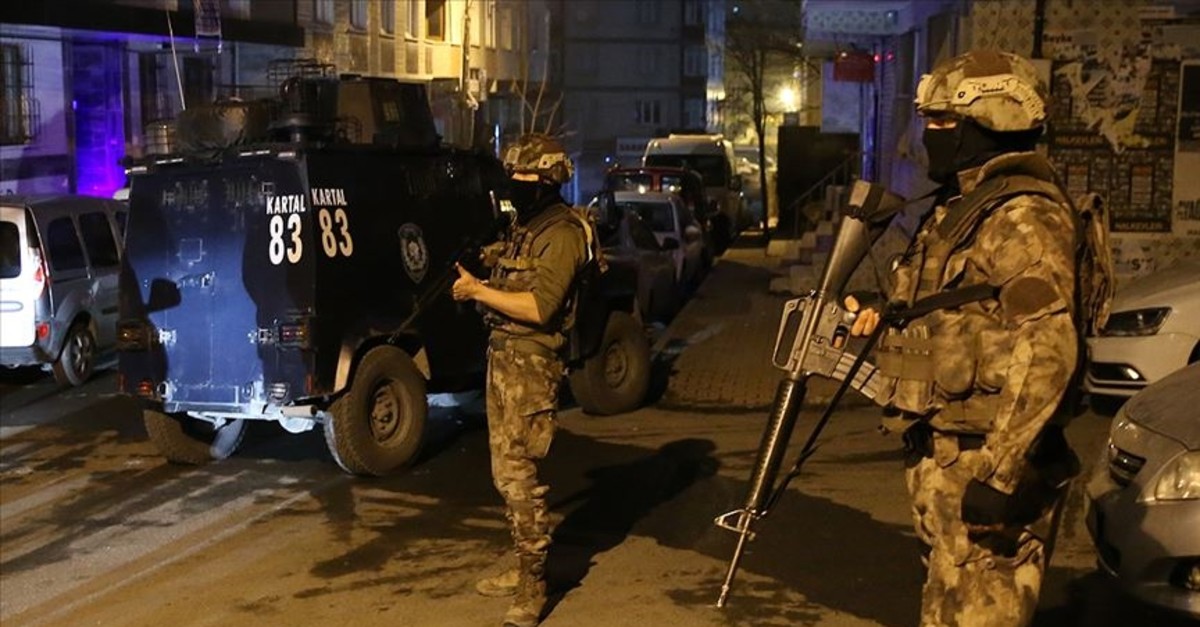 Istanbul police have arrested at least 10 top terrorists of the extreme-left Revolutionary People's Liberation Party-Front (DHKP-C) since the beginning of the year, dealing a heavy blow to the terrorist group.

The police, in coordination with intelligence units, carried out several operations to uncover the terrorist groups’ activities in Istanbul.

Ten DHKP-C terrorists, including one each in the blue and green categories and eight in the grey category of Turkey's Most Wanted list, were apprehended by security forces.

The Interior Ministry's Most Wanted list categorizes terrorists into different color groups – red, blue, green, orange and gray – depending on the level of threat they pose to the country's national security. Red is considered the highest threat level.

The detained members include DHKP-C General-Secretary Ümit İlter, who assumed the post after the group's founder Dursun Karataş died in 2008. İlter is listed in the green category and was nabbed by police from Istanbul’s Okmeydanı district on Feb. 26.

Besides İlter, three other top terrorists, including the group's Turkey head Caferi Sadık Eroğlu, who is in the grey category, as well as Emel Yeşilırmak and İbrahim Gökçek were also arrested in the same operation.

The DHKP-C, although less influential in Turkey than other terrorist organizations such as the PKK, still represents a considerable threat to the country. Founded in 1978, the militant group was most active during the Cold War era, but it has revived activities and attacks in recent years. It was behind a suicide bombing at the U.S. Embassy in Ankara in February 2013, which claimed the life of a Turkish security guard. Also, on March 31, 2015, Istanbul prosecutor Mehmet Selim Kiraz was killed after being taken a hostage in his office at Istanbul's Çağlayan Courthouse by two far-left DHKP-C terrorists who entered the building by posing as lawyers.