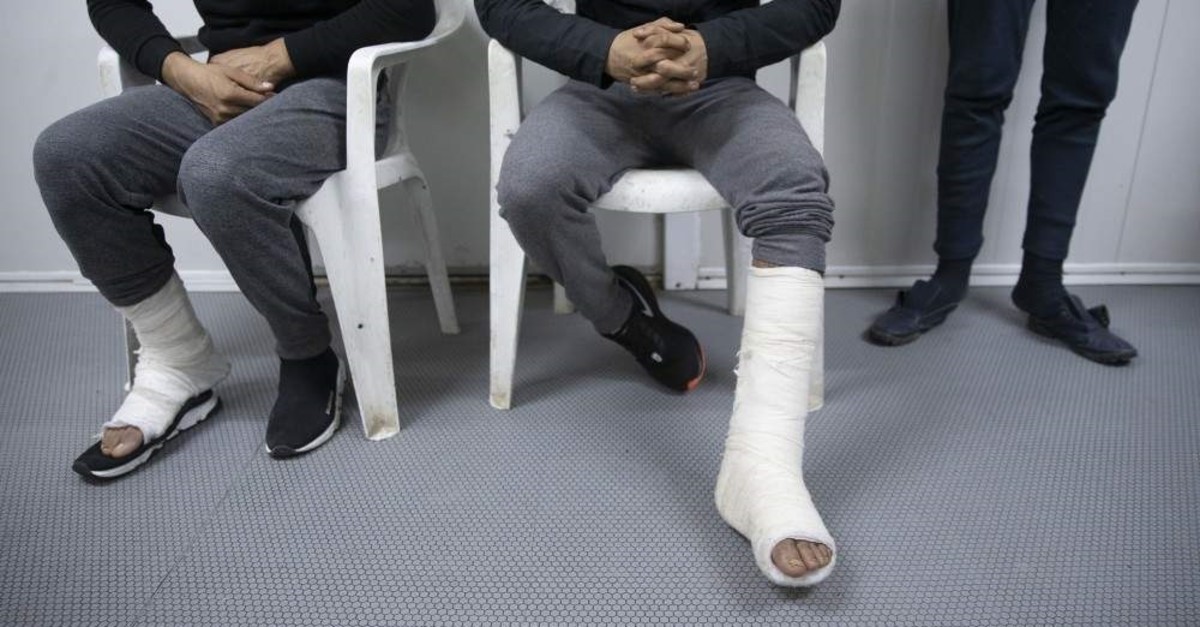 An illegal migrant told Turkish authorities Tuesday that Greek soldiers tortured him while blindfolded and burned him with a cigarette.
The testimony supports the claims made by hundreds of other illegal migrants, who said Greek authorities beat them and tortured them before pushing them back to Turkey.

“The soldiers brought me in a room and blindfolded me. They then burned my hand with a cigarette and kicked my feet,” said 31-year-old Pakistani migrant Musaddiq Javed, who was held in Edirne’s Uzunköprü district.

Javed added that he crossed the border to Greece with 17 others and walked toward Xanthi (İskeçe). They were caught by the police as they headed to Kavala by car. The police handed them to soldiers, who confiscated their phones and money. Javed said the soldiers ripped the Turkish liras found on the migrants.

Javed also claimed that the Greek soldiers did not give them any food and beat them when the migrants requested to be fed.

Muhammad Nainiya from Morocco also claimed they were beaten by Greek soldiers. “They brought us near a river and put us on a boat and hit our heads with sticks,” Nainiya said, adding that the soldiers also confiscated his clothes and 700 euros ($771).

He added that they walked for kilometers after crossing into Turkey and reached a village, where residents gave them clothes and the gendarmerie took them and brought them to a hospital.

“The doctor told me that I had three broken bones on my foot and that it would need surgery. I had the surgery and stayed in the hospital for a week,” Nainiya said.

Refusing to fulfill its duties in the refugee crisis, Greece has been criticized for mistreating refugees crossing its borders and forcefully pushing them to Turkey on boats.

According to Turkey's Interior Ministry, 25,404 irregular migrants were pushed back into Turkey by Greece in the first 10 months of 2019, a significant increase from the 11,867 migrants pushed back in 2018.
Under international laws and conventions, Greece is obliged to register any illegal migrants entering its territory; yet, this is not the case for thousands of migrants who were forcibly returned to Turkey.

There is also a growing anti-Turkey stance in the Greek government, especially over the refugee issue. Greek Prime Minister Kyriakos Mitsotakis recently falsely accused Turkey of trying to put pressure on the EU through the migration crisis. Referring to President Recep Tayyip Erdoğan's remarks on opening Turkey's borders unless European countries cooperate to lessen the refugee burden, Misotakis threatened that if Ankara would like to have good neighborly relations, it would not do such a thing.

Turkey and the EU signed a deal in 2016 to curb illegal immigration through the dangerous Aegean Sea route from Turkey to Greece. Under the deal, Greece sends back migrants held on the Aegean islands they crossed to from nearby Turkish shores and in return, EU countries receive several Syrian migrants legally. The deal, reinforced with an escalated crackdown on human smugglers and more patrols in the Aegean, significantly decreased the number of illegal crossings.