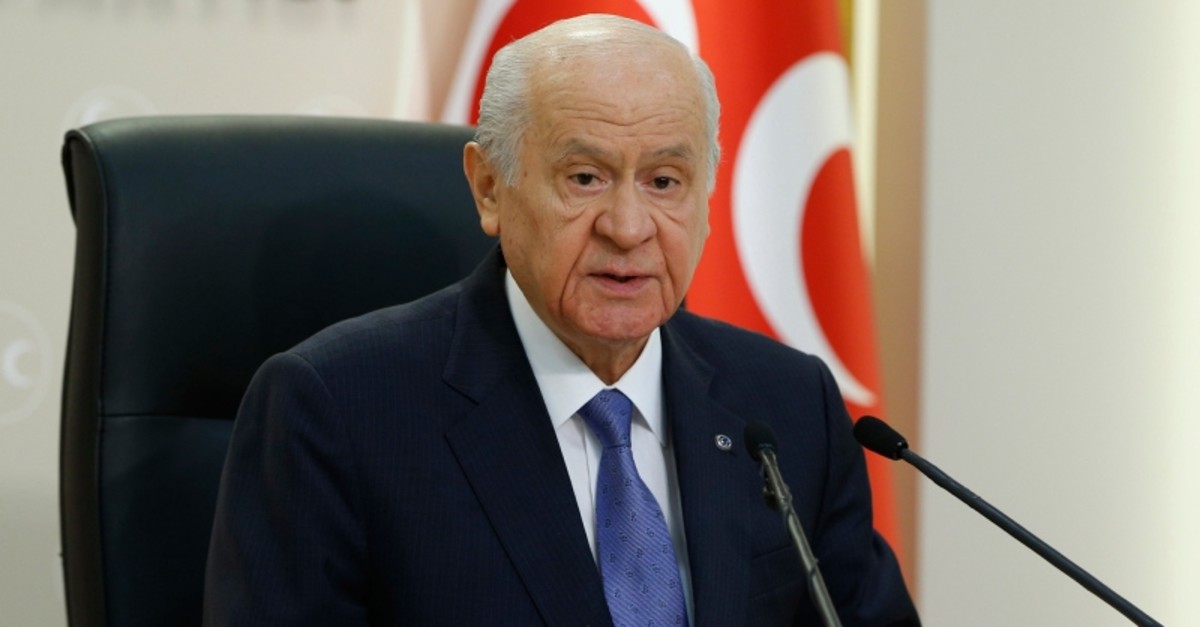 Explaining that Kılıçdaroğlu is acting like there is a scandal in Turkish politics with these baseless, made-up claims, Bahçeli remarked: “I believe that what has been happening recently, when new parties were about to be launched and there is a search for new movements in politics, is not a coincidence. Kılıçdaroğlu came through a ‘project’ and it seems he will be thrown away through yet another ‘project.’”

In an interview with Türkgün daily, Bahçeli shot down the recent claims that a figure from within the CHP had a meeting with President Recep Tayyip Erdoğan at the Presidential Complex in an attempt to change the party’s leadership.

Another claim was that the alleged figure was the former presidential candidate of the party, Muharrem İnce. The claims were immediately denied by the presidential sources. Still, the main opposition has been shaken by the claims, which were brought forward by Sözcü columnist Rahmi Turan, who is notorious for authoring fake stories, including one claiming that a baby was born with a beard. Turan cited Talat Atilla as the source of his claim, who said a source within the CHP told him about the alleged meeting.

“It is a shame to include the president in such a lie. It is a shame to announce it to the world as if there is a scandal within Turkish politics. If Kılıçdaroğlu is looking for a plot, he should look at a mirror,” Bahçeli underlined.

He also denied any relationship between Kılıçdaroğlu and the MHP or the ideology of the party upon the CHP leader’s words calling the MHP’s supporters “my brothers.”

“We are not even stepbrothers with Kılıçdaroğlu. How can we be brothers with someone who is going side by side with terrorist groups, who is silent over the PKK, (People’s Protection Units) YPG and (Gülenist Terror Group) FETÖ?” the MHP leader asked, adding that Kılıçdaroğlu is the “relative” of “anti-nationalism.”