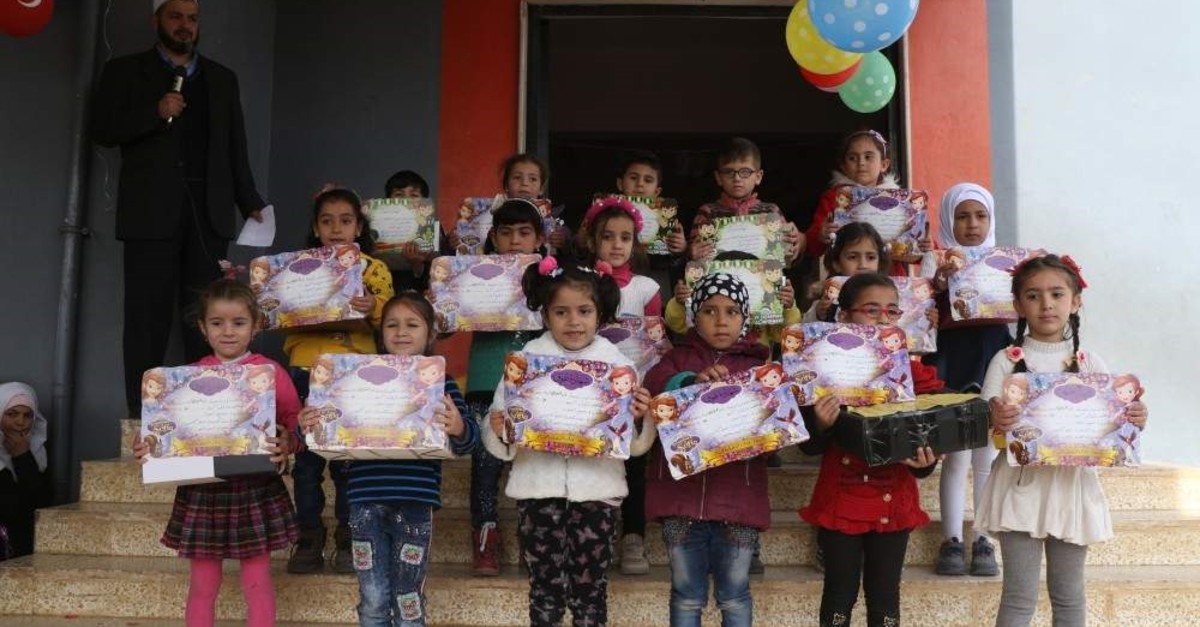 Following the event to boost morale, 186 students with successful grades were given honorary certificates and prizes, Idlib, Nov. 27, 2019. (AA Photo)
by Daily Sabah Nov 27, 2019 2:23 pm
The Turkish humanitarian agency, the Humanitarian Relief Foundation (İHH), organized an event held in Syria’s northwestern province of Idlib yesterday, which aimed to boost the morale of hundreds of children.
At a school in the village of Rahmet, İHH organized arranged for 650 primary and secondary school students to enjoy a series of plays and shows. The media head of İHH’s Syria mission, Salih Tosun, said the children had a wonderful time at the event:
“Approximately two years ago, we built this school in the village of Rahmet, which is made up of around 100 homes housing many children, most of whom are orphans. We are trying to raise educated individuals in this school,” he said, speaking to İHA and adding that the day served to give the children a healthy break from school work.
Following the event, 186 students with successful grades were given honorary certificates and prizes.
Idlib, home to around 4 million people, is the last opposition enclave in Syria. President Recep Tayyip Erdoğan and his Russian counterpart Vladimir Putin reached an agreement in Sochi on Sept. 17, 2018, which announced that a cease-fire in the Idlib region was to be preserved with the withdrawal of heavy arms and radicals from the region.
Last Update: Dec 20, 2019 1:57 am
RELATED TOPICS