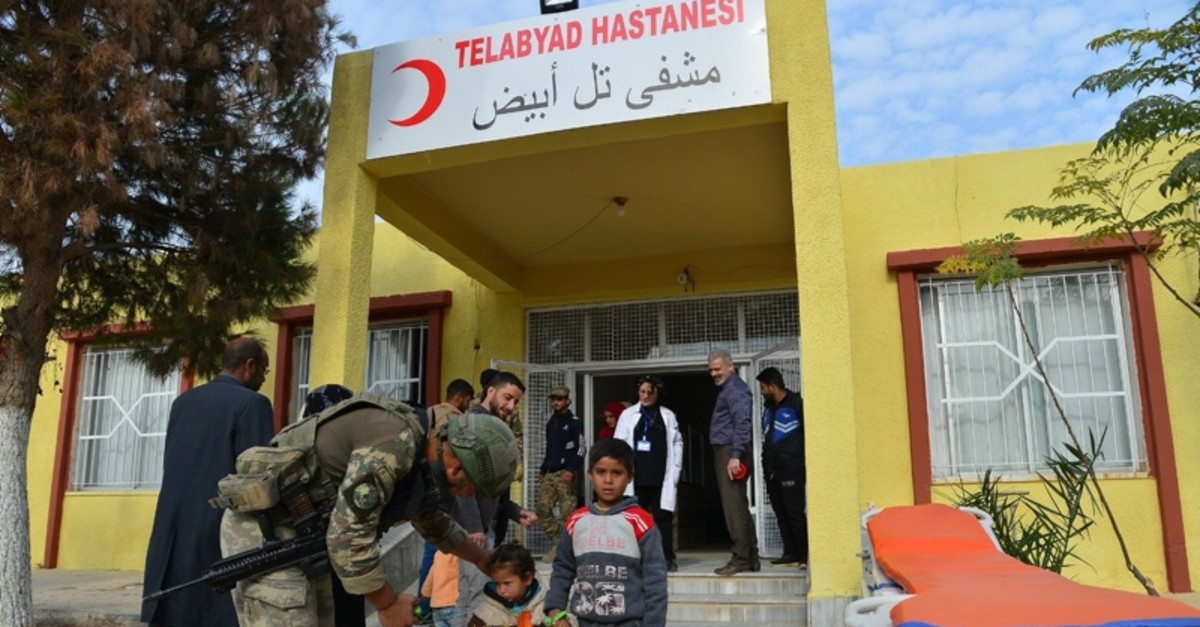 Turkey’s Defense Ministry announced on Wednesday the restoration of a hospital in the northeastern Syrian province of Tal Abyad, which had been damaged beyond use by the PKK terrorist organization’s Syrian affiliate, the People’s Protection Units (YPG).
“Although once used as a military base by the YPG terrorists, Tal Abyad hospital has now been restored with the support of our state institutions and military and is now continuing to treat our Syrian brothers. Thanks to the reopening of the maternity wing, babies can now open their eyes to the world in a safe space,” the statement of the ministry said.
The YPG terrorist group previously separated the hospital into two wings, one of which was to be used for its members and the other for local people. Yet, while fleeing the area, the group rendered the section for the locals unusable, damaging laboratories, operating rooms and the gynecology ward.
Thanks to ongoing restoration work, the hospital has already begun accepting civilian patients. Some sections of the hospital have been repaired, while work on other sections continues.
After full restoration, is hoped to be completed in the coming weeks, the hospital will have a 75-bed capacity. Tal Abyad is populated to a great extent by Arabs and was occupied by the Daesh terrorist group in 2014. A year later, the PKK terror group's Syrian offshoot, the YPG, occupied the city with the support of the U.S.
Turkey launched Operation Peace Spring, the third in a series of cross-border anti-terror operations in northern Syria, targeting terrorists affiliated with Daesh and the YPG on Oct. 9.
Tal Abyad was cleared of terrorists as part of Operation Peace Spring on Oct. 13. Since then, locals have gradually returned with humanitarian aid being provided with the help of the Turkish Armed Forces (TSK) and the Turkish Red Crescent.
Last Update: Dec 20, 2019 1:58 am
RELATED TOPICS