MHP leader: No turning back from presidential system 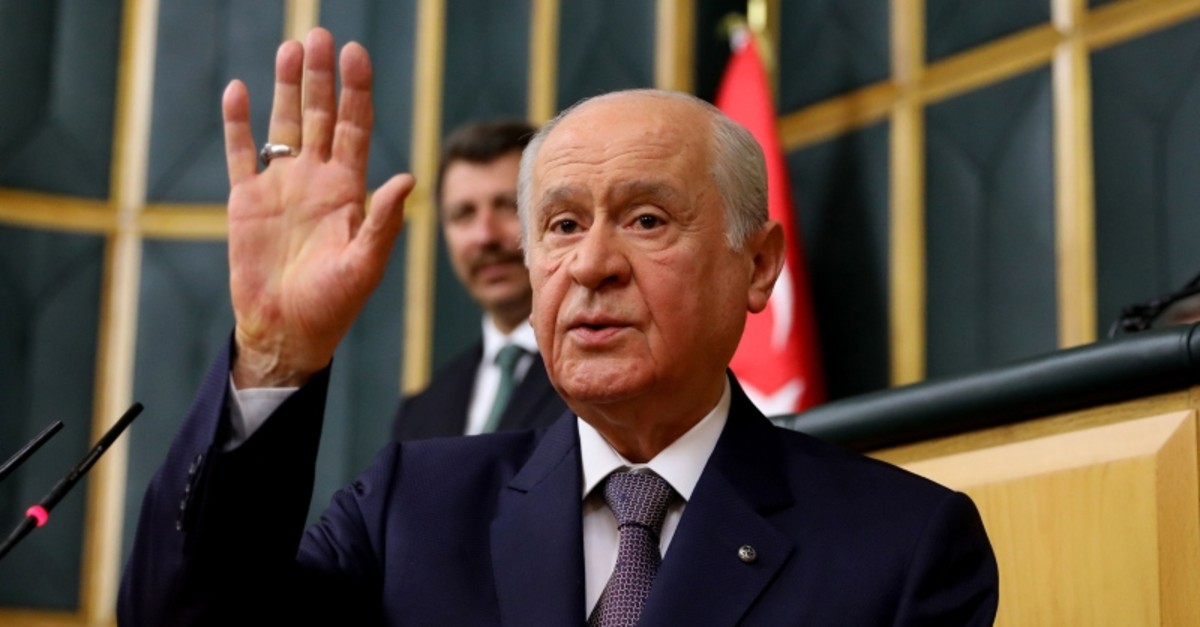 There is no turning back from the presidential system as it is the only path to true democracy and stability in the country, said the head of the Nationalist Movement Party (MHP) Devlet Bahçeli on Thursday.
Speaking to Türkgün daily, Bahçeli called those who want to go back to the parliamentary system “Don Quijote,” underlining the impossibility of their demands.
“The presence of Don Quijotes in Turkish politics today is quite remarkable,” said Bahçeli, referring the fictional character’s delusions, especially regarding imaginary enemies. Bahçeli said some figures in Turkish politics also try to come up with imaginary problems within the current system, just like Don Quijote.
“The new system has been acknowledged and accepted by our people. The ones who claim otherwise do so in vain,” Bahçeli said.
Regarding the possible errors in the new system, Bahçeli expressed that if there are any missing points, they would be corrected with reforms. “In time, everything will fall into place,” he said.
“The presidential system is the only system that is most suitable to the Turkish political tradition. Thanks to this system, the separation of power has been highlighted, while peace and order prevailed in Turkish politics,” he highlighted.
On June 24, 2018, Turkey officially switched its administrative structure through an election and embraced the presidential system, leaving the parliamentary system behind. Turkish voters narrowly endorsed an executive presidency in the April 16, 2017 referendum with 51.4% of the votes. The official transition to the new system took place when President Recep Tayyip Erdoğan took the oath as president in Parliament after the June 24, 2018 election.
After the March 31 local polls, opposition parties called for a reevaluation of the executive presidential system. Even though Erdoğan said there is no plan to make a change in the new system, he opened the door for amendments.
Although it was a new system for the country and there was ambiguity among the people regarding how it would function exactly, the government, especially the ruling Justice and Development Party (AK Party) and Erdoğan, dedicated this whole year to the explanation of the benefits of the system and became quite successful in it. Still, as the system starts to settle down, some reforms are needed to make it function more efficiently.
Last Update: Dec 20, 2019 2:01 am
RELATED TOPICS