NATO without Turkey: Nothing more than a 'lame duck' 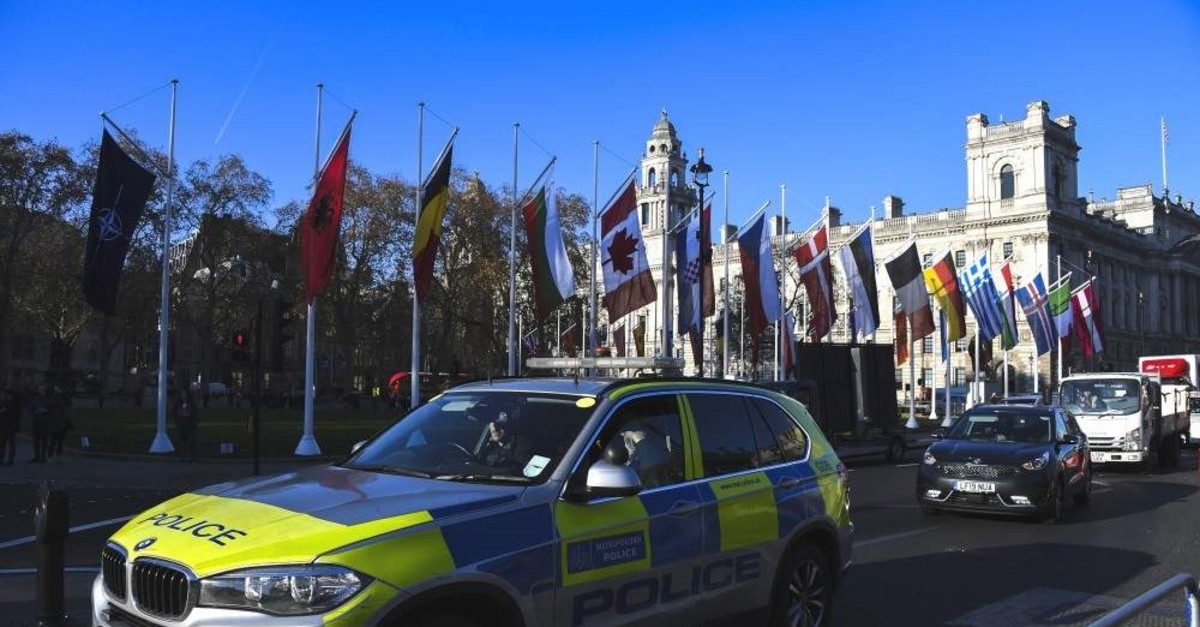 With the second largest military in NATO and a high degree of diplomatic clout, Turkey is an irreplaceable member with strategic and tactical significance, experts say

On Tuesday, heads of state from NATO's 29 member states are coming together in a summit in London to celebrate the 70th founding anniversary of the organization. Expected to be the scene for several bilateral meetings as well as sub-summits, the meeting carries special importance for Turkey, which has a full agenda.

While the topics such as the establishment of the safe zone and fight against terrorism are anticipated to take center stage for Ankara, the overall future of the country within the organization seems to be the main highlight. According to experts, although the recent developments triggered a series of statements and rumors regarding a possible break in Turkish-NATO ties, it is not likely to reach that outcome since the organization would merely turn into a “lame duck” without Turkey.

“A NATO without Turkey would turn into an organization that has both strategic and tactical troubles,” said Kılıç Buğra Kanat, research director at the SETA Foundation in Washington, D.C. Referring to the current position of the organization as a “long-term strategic alliance,” Kanat defined a possible post-Turkey NATO as a “lame duck.” NATO would become “toothless” without Turkey, he further underlined.

Joining the organization back in 1952, Turkey saw membership as something that would have a positive contribution to the country's economic, military and political development. Since then, Turkey has been a vital ally, providing NATO a connection to the East and control of Turkey's straits.

“Turkey is a country that enables NATO to exist as an organization. As Turkish officials expressed previously, we (as Turkey) are at the center of the organization, not at the sides,” he underlined.

Turkey first fought beside NATO members in the Korean War, losing 721 soldiers. These sacrifices continued throughout its membership until today. Having the second largest army within the organization after the U.S., Turkey is one of the framework nations of NATO within the Resolute Support Mission in Afghanistan and acts as the leading country in the Kabul region. As part of its duties as a NATO country in Kabul, Turkey also protects the Hamid Karzai Airport in Afghanistan.

The country also has been providing permanent naval assistance to NATO missions in the Aegean Sea while leading regional initiatives, including Standing NATO Maritime Group's (SNMG) activities in the Black Sea region. Turkey also hosts many NATO initiatives. There is a NATO headquarters in western İzmir province, an air base in southern Adana province, another one in Diyarbakır and a NATO Rapid Deployable Corps in Istanbul. It also hosts the AN/TPY-2 radar in eastern Malatya province as part of the organization's missile shield project. Apart from all this, in 2018 alone, Turkey contributed $101 million to the common funding of NATO.

According to Kanat, Turkey’s importance for NATO comes from not only its military power but also from its diplomatic and strategic strength.

“Turkey’s NATO membership is crucial for the organization for many reasons, from the security of the Black Sea region to the fight against terrorism and borders with Russia,” Kanat expressed.

Underlining that the military power of Turkey not only comes from the magnitude of its army but also from its concrete experience, Kılıç stated that Turkey is the most militarily active country within NATO after the U.S.

Lastly, in Kılıç’s opinion, Turkey also has a unique diplomatic power within NATO.

“NATO has diplomacy of its own and within this diplomacy, Turkey has real power. It is a serious decision-making actor,” he reminded.

According to İnaç, Turkey, as a country with full membership, last showed this power when it vetoed the bill regarding the Baltic countries.

“Without Turkey’s approval, no bill can pass in NATO. With the latest voting on Baltic countries, Turkey proved its success within NATO,” he said.

Reuters reported last week that Turkey was refusing to back a NATO defense plan for the Baltics and Poland. Ankara said the impasse was caused by the United States withdrawing support from a separate defense plan for Turkey’s fight against terrorism.

A statement on the issue came from Turkey on Monday, saying that Ankara is not blackmailing NATO with its rejection of a defense plan for the Baltics and Poland, and has full veto rights within the alliance.

"NATO is an institution where Turkey has full veto rights, politically and militarily, and there are procedures here," a Turkish security source said. "There is no such thing as Turkey blackmailing. A statement like that is unacceptable."

Recently, tensions rose between Ankara and NATO after Turkey launched an operation in Syria to secure its borders from terrorist elements. Turkey commenced Operation Peace Spring on Oct. 9 to eliminate all terrorist groups from northeastern Syria and create a safe zone along the border, thereby paving the way for the voluntary return of Syrian refugees.

Several NATO members, including the U.S., France, and Germany, criticized the operation, expressing concerns over a potential humanitarian crisis and wider instability in the region. After strong opposition by the U.S. administration, Ankara and Washington reached a deal on Oct. 17 to pause the operation for 120 hours to allow the withdrawal of PKK-affiliated People's Protection Units (YPG) terrorists from the planned safe zone.
Macron acts for domestic politics

However, the most scandalous reaction came last week from French President Emmanuel Macron, who had decried NATO's inability to react to Operation Peace Spring and said it was time Europe stopped acting like a "junior." Claiming that NATO was "brain dead," Macron said this was a necessary wake-up call for the EU.

"We do not know what France means for NATO but Turkey, with its second-largest army, is its most important member. No one should doubt that. If it was not for Turkey, terrorists would be heading to Europe," President Recep Tayyip Erdoğan said Friday.

"Macron should check his own head before declaring NATO brain dead," Erdoğan underlined in a rebuff of Macron, adding that, fortunately, there are sensible politicians in NATO and the EU.

Kanat said that Macron tries to create an agenda in accordance with his own difficulties in domestic politics. "However, I believe that his perspective on the issue will be different during the summit. I don’t think that among all those leaders and allies, he would dare to grasp such rhetoric."

He added that since the fight against terrorism is vital for NATO, it is only natural for Turkey to have expectations of support from the organization on this issue.

For İnaç, Turkey should close its eyes to these types of “tricks” that try to provoke it to leave the organization.

“There is no mechanism in NATO that can force Turkey to leave. There is no legal base for it. So, unless Turkey itself desires to leave, no other party would be able to force it to do so,” he said.
Turkey: A devoted member

Despite all these criticisms and attempts to create distance between Turkey and NATO, Ankara has repeatedly expressed its loyalty to the organization and reminded Europe of its position.

Earlier Monday, the Defense Ministry said that NATO is an important political-military organization in which Turkey has a full political check.

Defense Minister Hulusi Akar recently criticized the bloc for failing to meet its commitments to support Turkey's counterterrorism fight, saying that the country has been "left alone."

Akar noted that Turkey has been calling on its allies to help clear the terror corridor on its border that posed a considerable threat to the country's national security and stability in the region.

“Turkey continues to exhibit its commitment to NATO in the most meaningful ways a country can – as one of its earliest members, we have the second-largest armed forces in the Alliance, and with roughly 1.9% of our GDP going to NATO, we are one of its top contributors and have committed to raising this to the target 2% by 2024. Our troops have participated in NATO missions, operations, and exercises around the world – from the Korean War to the Balkans to Afghanistan, and plays pivotal roles in humanitarian missions,” he said.

Presidential Communications Director Fahrettin Altun also shared a series of tweets Monday, highlighting the significance of Turkey for the organization and its historical contributions.

“Turkey has been an indispensable ally to the West for nearly 70 years, and continues to be,” Altun said.

Stating that NATO’s foundational mission was to protect the free countries of Europe, weakened by World War II, from the Soviet Union, Altun said that Turkey was essential to realizing both of these goals.

Apart from contributions during the Cold War era, when the country lost 3,000 of its service members, more than any other European country, Altun recalled Turkey's efforts in Bosnia, Afghanistan and the post-9/11 period.

“Turkey continues to be a vital part of the NATO alliance. Turkey’s geography remains unchanged, of course, and her cultural links from the Balkans to Central Asia have only deepened. Our geography, culture, and commitment to common security will not change,” he further emphasized.

According to İnaç, NATO states, especially European countries, have finally realized Turkey’s potential to influence global politics and therefore in this summit, they are likely to come up with a new dialogue approach.

“In this summit, what will shape Turkey-EU ties from now on will be determined. The bases of Turkey’s upcoming policies on its relations with the EU will also be grounded,” İnaç said.