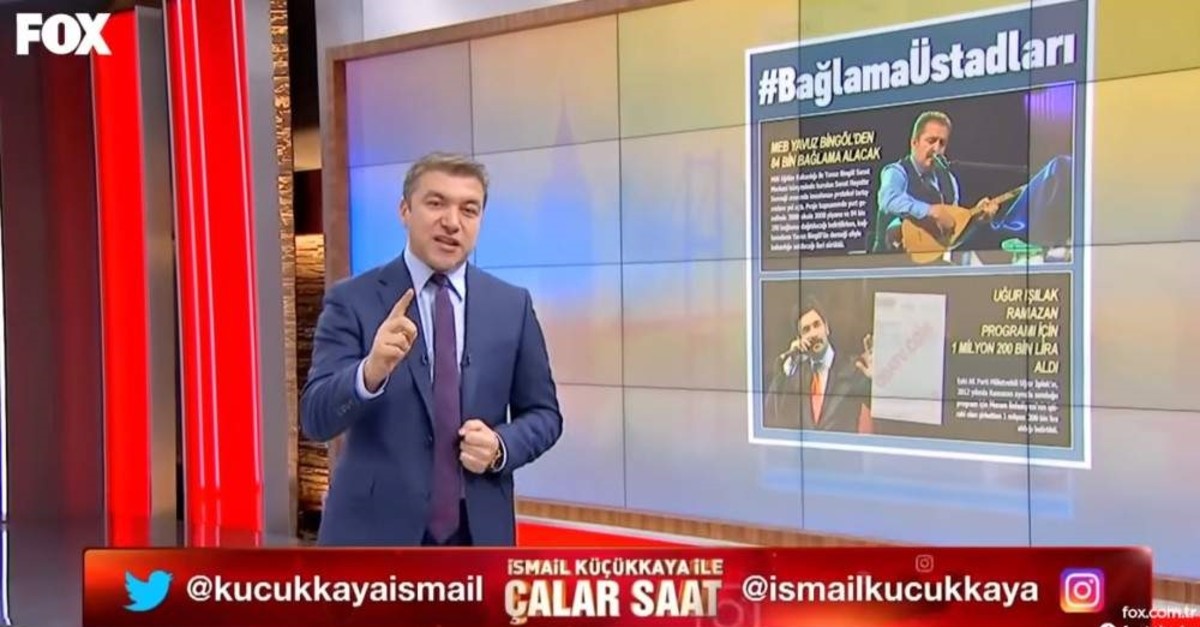 Küçükkaya, who is one of the anchormen at Fox TV in Turkey, used a screen grab of a post shared by the parody account @realDonaldtrodi, which is run by Turkish people.

The parody account referred to the British prime minister as a Turk due to his Turkish great-grandfather Ali Kemal.

“Trump shared something that genuinely sounds like a joke,” Küçükkaya said, adding that the U.S. president alludes to Johnson’s Turkish ancestors, as he claimed Trump’s post became a trend on social media outlets.

“You are in a quite pathetic state if you are a journalist with no sense of social media literacy in the 21st century,” the parody account said.

Küçükkaya was the moderator for the debate and the meeting stirred up widespread controversy.