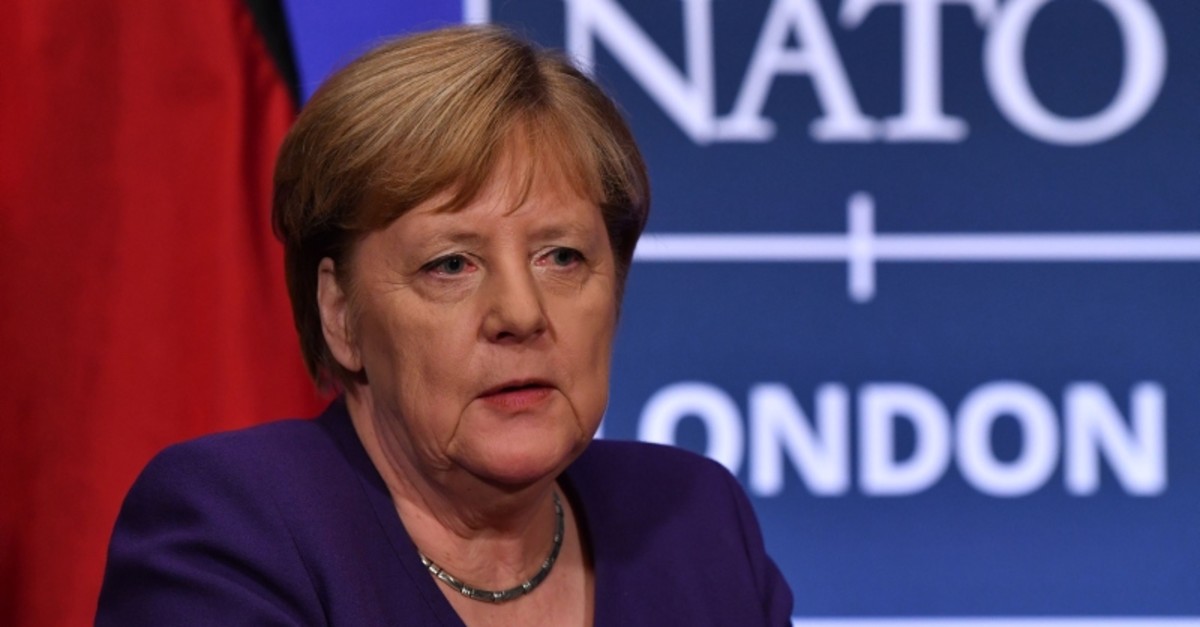 The voluntary return of Syrian refugees to their country would be possible with cooperation by the U.N. and Turkey, German Chancellor Angela Merkel said Tuesday. The refugees' voluntary return is a priority for Turkey, which has been working hard through its anti-terror efforts to establish a safe environment in the region.

Merkel said the four leaders discussed Turkey’s efforts for the Syrian refugees and plans for their return to areas in northern Syria cleared of terrorists by Turkey’s Operation Peace Spring.

“This could only be possible with the involvement of the United Nations and the (U.N. High Commissioner for Refugees) UNHCR. We would like to remain in contact on this matter,” she said, speaking to reporters in London following her quartet meeting with President Recep Tayyip Erdoğan, French President Emmanuel Macron and U.K. Prime Minister Boris Johnson at 10 Downing Street on Tuesday.

Merkel added that the fight against Daesh and Syria's conflict and political process were also discussed during the meeting, which came before the official talks of Wednesday’s NATO leaders summit.

“Secondly, we all reaffirmed our support for the efforts of U.N. Special Envoy (Geir) Pedersen for a political process, for the meeting of the Syrian Constitutional Committee, and we will be more active on that,” the chancellor added.

Merkel described the meeting as “good and useful” while she also voiced the leaders' determination in continuing the fight against Daesh.

The Ministry of Foreign Affairs announced last Friday that a Turkish delegation met with UNHCR representatives in the capital Ankara to discuss the voluntary return of Syrians taking shelter in Turkey.

"Both sides agreed on the importance and urgency of enhancing joint efforts in a result-oriented manner for ensuring the safe and voluntary returns of Syrians," the ministry said in an official statement.

The statement went on to say that this was the second gathering, and the first one took place on Nov. 11, 2019. The two sides agreed to convene the third round of talks in Geneva in early 2020, it added.

Ankara wants YPG/PKK terrorists to withdraw from the region so a safe zone can be created to pave the way for some 2 million refugees to return home.