Turkish tourist arbitrarily detained, tortured in Egypt due to his nationality 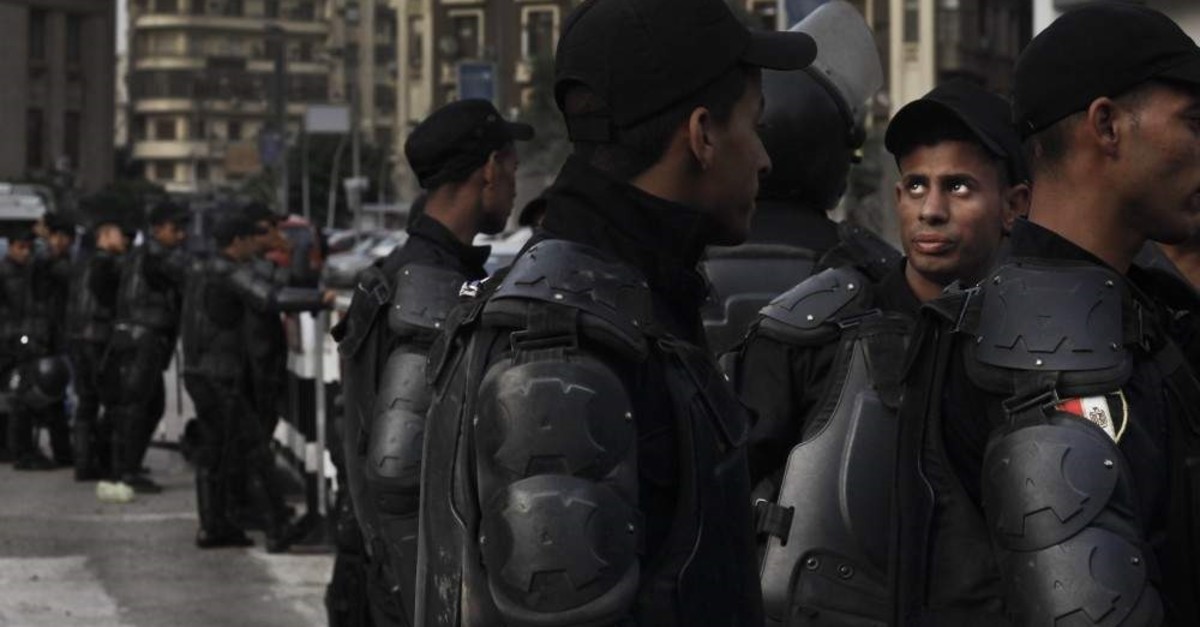 This file photo shows Egyptian security forces closing off a street near the Press Syndicate as journalists protest in Cairo, Egypt, May 3, 2016. (AP Photo)
by Daily Sabah Dec 06, 2019 3:32 pm

A young Turkish man visiting Egypt for vacation was arbitrarily detained, imprisoned, tortured and denied basic necessities like food and water amid a police crackdown on anti-government protests in September simply because he was from Turkey, where Recep Tayyip Erdoğan is president, a report said Thursday.

The man identified as Muhammed Mustafa told the Middle East Eye (MEE) that he was detained during protests against Abdel-Fattah el-Sissi, who replaced Egypt’s first democratically elected president, the late Mohammed Morsi, in a brutal coup attempt.

Mustafa, a tourist visiting Cairo, said he was arbitrarily detained in Tahrir Square, where Egypt’s National Museum is located.

After being taken to a police station, Mustafa was forced to sit on a cement floor for two days in handcuffs.

He claimed that the Egyptian authorities never registered his name and called him “Erdoğan” or “Turkey.”

“They beat me with a stick, slapped and punched my face for two days sporadically. I was the only one in the room kept with handcuffs. I was denied food and water. They even harshly treated a cleaner who wanted to give me some water,” Mustafa told MEE’s Ragıp Soylu.

Mustafa noted that he was not politically active, did not have any agenda against the Egyptian government and had no clue about the Muslim Brotherhood.

After being taken to another compound about 30 minutes away from Cairo, Mustafa said he was beaten with sticks again for another three days.

"You could hear constant screams coming all over the building. In some cases, I heard noises that indicated they used electric shocks for torture,” he said, adding that he was finally allowed to use a toilet after his second day in the compound and was given cheese and bread.

Turkish authorities attempted to secure Mustafa and the two other Turkish citizens’ release from detention, but it was difficult due to the poor state of relations between the two countries.

He noted that some officials asked him if he liked Erdoğan or voted for the ruling Justice and Development Party (AK Party), while a senior security official apologized to him for the torture.

The young Turkish tourist was taken to the National Security Agency building, where he was held for another four days with his hands cuffed behind his back and chained to the ground.

His final destination was the deportation center, where he was given clean clothes and provided with a decent bed and toilet.

However, he was still not released for days, which he claimed was because of the torture marks on his body.

Mustafa was held for 23 days and his phone and passport were never returned to him, the report said, adding that his testimony is consistent with reports by international human rights groups like the Human Rights Watch, which criticized Egypt for using systematic torture on a widespread scale.