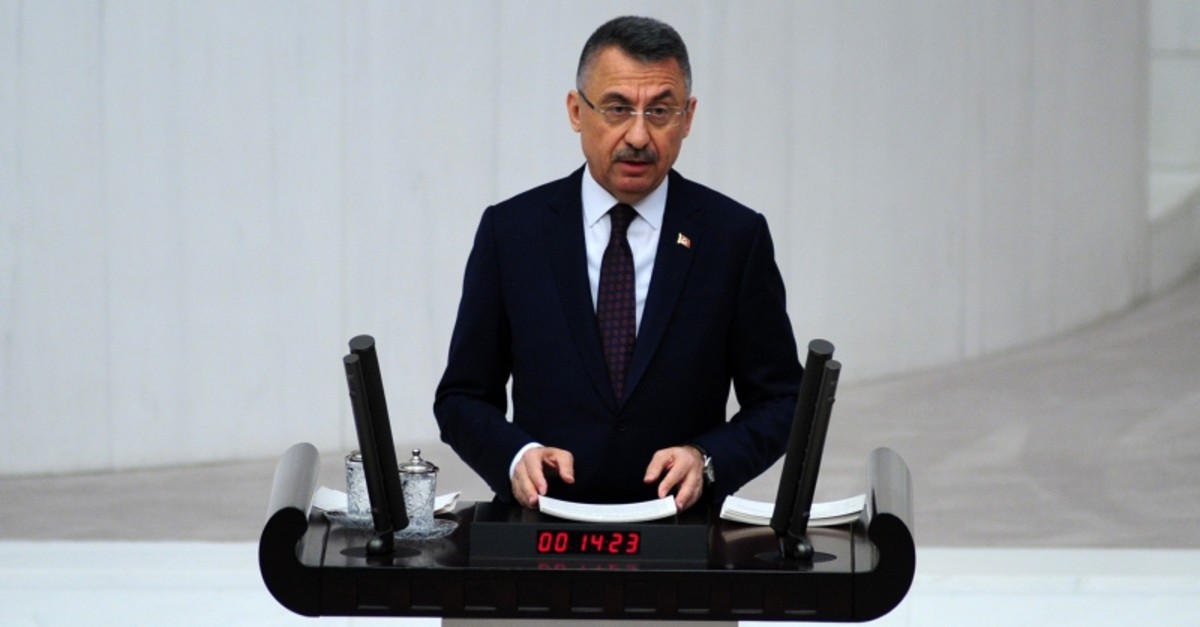 "A more than 4,000-square-kilometer area has been cleared of terrorists (in northern Syria)," Oktay told lawmakers during his 2020 budget speech in Parliament.

Turkey also aimed to reduce its security concerns with the operation, Oktay noted.

"Turkey's fight against terrorism in the Operation Peace Spring region will continue until the terror in the area is completely removed," Oktay said.

Under two separate deals with the U.S. and Russia, Turkey paused the operation to allow the withdrawal of YPG terrorists from a planned Syrian safe zone.

Ankara wants YPG terrorists to withdraw from the region so a safe zone can be created to pave the way for the safe return of some 2 million refugees.

In its more than 30-year terror campaign against Turkey, the PKK – listed as a terrorist organization by Turkey, the U.S. and the EU – has been responsible for the deaths of nearly 40,000 people, including women, children and infants.

Oktay reiterated that Turkey's drilling vessels, Fatih and Yavuz, have continued their drilling activities in the Eastern Mediterranean.

"We will continue to follow an active strategy in oil and natural gas exploration while drilling five more wells with our national vessels (in the Eastern Mediterranean)," Oktay said.

"Turkey will not make any concessions for its rights neither in Cyprus nor in the Aegean or in the Eastern Mediterranean," he added.

Oktay stressed that the U.N., EU and NATO have not fulfilled their responsibilities to Turkey, while Turkey has been affected by uncertainties in the region.

Turkey, as a guarantor nation for the Turkish Republic of Northern Cyprus (TRNC), is currently carrying out hydrocarbon exploration activities in the Eastern Mediterranean with two drilling vessels, Fatih and Yavuz, along with the seismic vessels Oruç Reis and Barbaros Hayrettin Paşa in the same region.

The island has been divided into a Turkish Cypriot government in the northern third and a Greek Cypriot administration in the south since a 1974 military coup aimed at Cyprus' annexation by Greece.