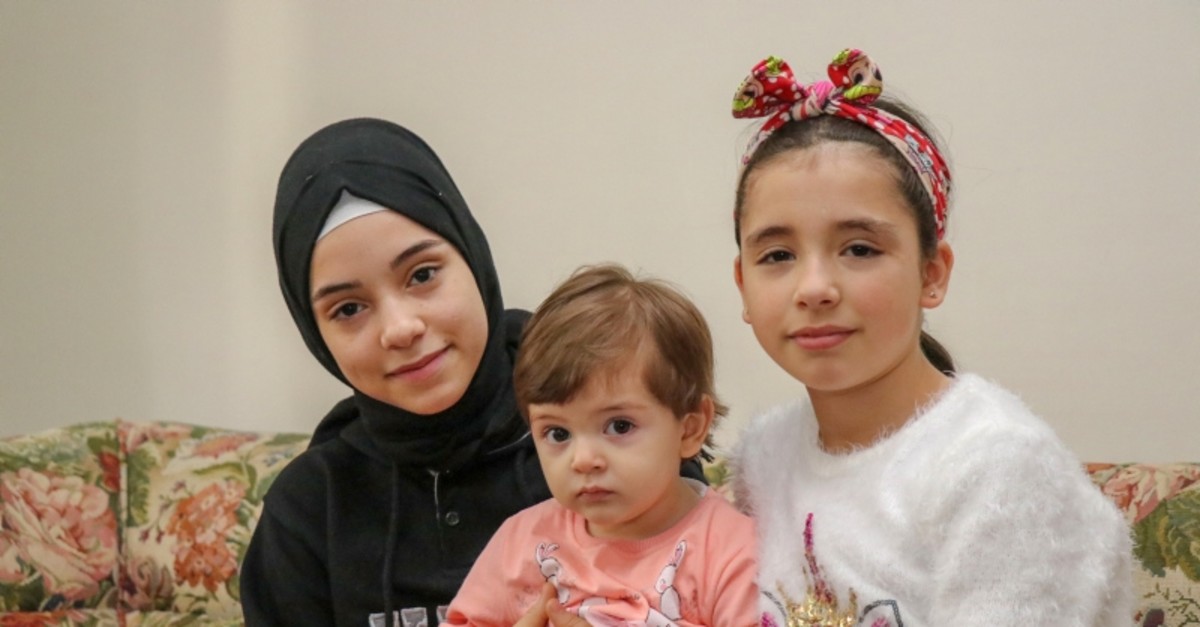 |AA Photo
by Anadolu Agency Dec 09, 2019 2:59 pm
Two Syrian siblings have been using social media to call on the international community to help victims of war in their country.
Forced by Syrian regime forces to abandon their home in the capital Damascus for eastern Ghouta after the civil war erupted in 2011, Noor and Alla Elhamravi, who are 15 and 9 respectively, joined Twitter in 2017 in a bid to draw global attention to the crisis.
Their tweets, which revealed the destructiveness and intensity of the war, quickly attracted the attention of other social media users, and they saw a rapid increase in the number of followers.
"Our message to the children in the world: We just want to live like you. We want to live without fear," they said in one post.
Last year marked a turning point for the sisters as Kerem Kınık, head of the Turkish Red Crescent, brought them to Turkey following their request.
The Red Crescent settled their family in an apartment in Istanbul and their father, Husam Elhamravi, started working in a grocery store.
The war-weary sisters had to pause their education due to warfare, but they now once again enjoy going to school in Istanbul's Fatih district.
They originally tweeted in Arabic and English but have since added a third language: Turkish.
Noor told Anadolu Agency (AA) she sought to help all victims of the Syrian war, especially children, adding that their tweets have brought untold stories of the war to everyone.
She went on to say that some of the photos and videos used on their account were directly sent by relatives living in Syria.
She said she wants to be a doctor or a chemist and that her motivation was based on her will to meet the health care and medicinal needs of Syrians.
While most children look forward to seeing the arrival of winter, Noor said she is not happy about the freezing temperatures as she knows it will mean an extra burden for Syrians back home.
Last Update: Dec 20, 2019 2:15 am
RELATED TOPICS