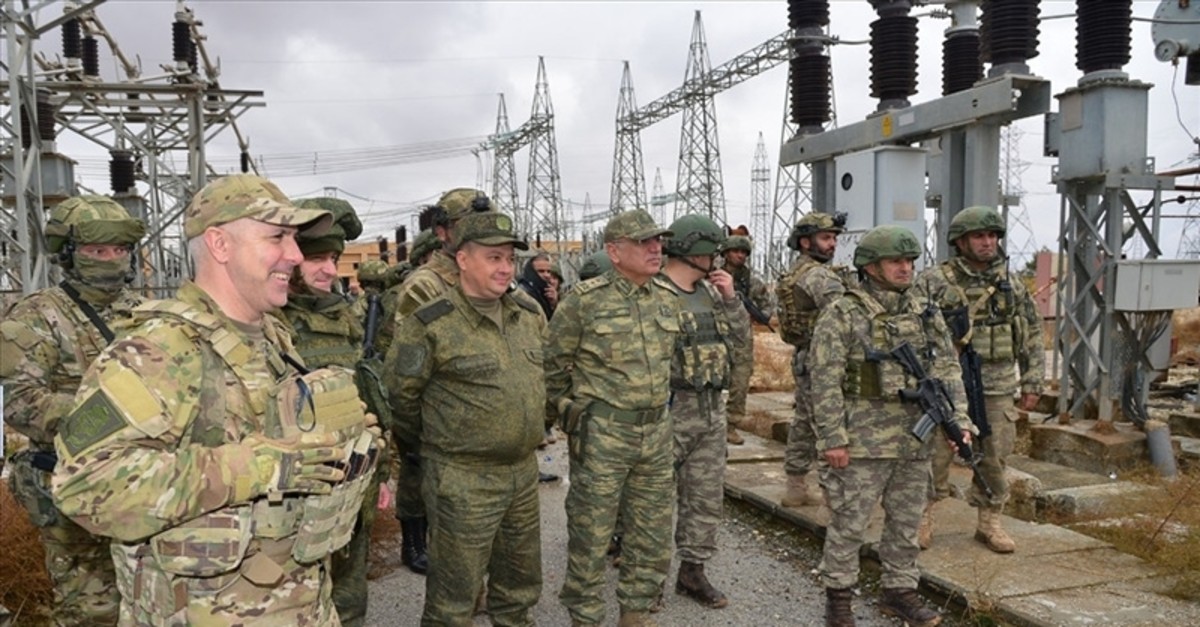 Turkey is dealing with a power supply problem in a recently liberated area in northern Syria after the PKK-affiliated People’s Protection Units (YPG) were forced out in a Turkish anti-terror operation, the Defense Ministry said Sunday.

Having largely cleared YPG elements from northern Syrian territories, the Turkish army has accelerated efforts to ensure stability in the region by meeting the basic needs of war-weary locals, including in rural areas of Tal Abyad.

According to a ministry statement, progress is being made to solve power-related problems. “Repairs began on Nov. 22 on the Mabruka Electricity Transformer Station, which feeds the south of the M4 highway and the Operation Peace Spring area,” said the statement.

“Following the repairs, the provision of electricity from the Tishrin Dam to the Operation Peace Spring area was established through meetings with Russian military officials in Ayn Isa. In this respect, electricity was provided to the Tal Abyad countryside. Work is also ongoing to provide electricity to Tal Abyad center and the Ras al-Ayn region.”

The area’s water supply problems have also been largely solved. The Allouk Water Reservoir that feeds Ras al-Ayn, Darbasiyah and Hasakah, was fully restored and measures were taken to ensure it is at its full operational capacity, said the ministry.

Under two separate deals with the U.S. and Russia, Turkey temporarily halted the operation to allow the withdrawal of YPG terrorists from the planned northern Syria safe zone.

Ankara wants the YPG terrorists to withdraw so a safe zone can be created to allow for the return of some 2 million Syrian refugees.