Syrian women suffer most from displacement 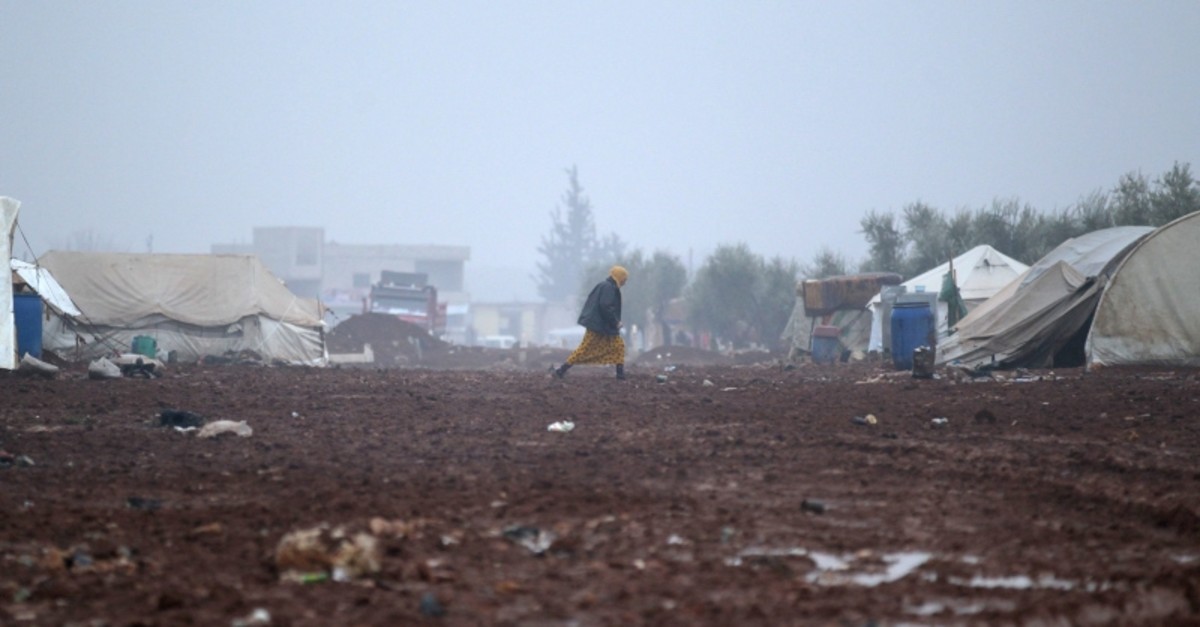 Women and children in Syria have faced the most hardship in the civil war and migration, while Western countries have failed to provide necessary support, experts and officials indicated in a panel.

"Women and children suffer the most; they need the help of the people, the government and nongovernmental organizations," Gaziantep Gov. Davut Gül stated during a symposium on war, migration and women organized by Hasal Kalyoncu University's Migration Research Center (KalMIREC) on Monday, adding that Turkey did not get the expected support from Western countries to aid Syrian refugees.

The governor further explained that around 450,000 Syrian refugees live in southeastern Gaziantep province, which is located near the Syrian border, and the number corresponds to 1 in 4 of the province's population.

Indicating that refugees generally prefer countries close to their culture, Emel Topçu, director of the KalMIREC, which carries out research on migration and the integration of refugees and also works to raise awareness for the difficulties they face, said: "The host country has to take the first step in integrating refugees. Women are the most important element in enabling integration. They constitute a bridge." Topçu explained that it is important to conduct integration projects with equal representation of the host country and refugees. "Projects do not have to be imposed. The methods and techniques have to be chosen together," she said.

Syria has been locked in a vicious civil war since early 2011 when the Bashar Assad regime cracked down on pro-democratic protests with unexpected ferocity.

Since then, hundreds of thousands of people have been killed and more than 10 million others displaced, according to U.N. officials

"Syrian and Turkish women are very much alike," Jomanaa Bazboz of the Women Support Association said, touching upon the cultural similarities of the two countries that have been interacting with one another for hundreds of years. As a woman who had to leave Syria during Hafez Assad’s rule, Bazboz supports refugees running from the Bashar Assad regime and the war.

"I visited my country after 30 years and saw the humanitarian aid that is provided to Syria. I saw the problems women face and a care center toward this aim," she said. Giving advice to young refugee women, she voiced that getting a proper education and having self-esteem are the most essential traits in continuing their lives. "Do not accept hopelessness; you are the key to change. Take part in nongovernmental organizations, try to find solutions. If there are no nongovernmental organizations, establish one of your own. This will give you power," Bazboz said.

While refugees face a variety of difficulties and suffering, women are generally the most affected. Among the many struggles Syrian women face due to social and language barriers, polygamy is another problem. Syrian women often marry out of desperation and even accept polygamy, it was stated during the symposium. Their level of education, which was often already low in the war-torn country, also hinders them from continuing their education in the host country and working.

"It was not only a dictatorship (in Syria) but a patriarchal dictatorship through militarized citizenship, the educational system and the one-body system," Ola Batta, a Syrian student explained.

"Your country, your society will have changed when you return," said Muna Ismail, program manager for the Initiative of Change (IofC) in the U.K. Saying that new societies are being formed in Syria, she advised refugees to both cling to their home country, and adapt and develop themselves in the host country.

"Women make the quiet change, affect society through their children. The first migrant generation of any society tends to be more closed. They tend to settle in one place. The second generation will be different," Ismail continued.

Considering that the women are the group most affected by wars, the KalMIREC center also conducts a project named, "Being a woman in Mesopotamia." Here, the representatives of Turkish and Syrian nongovernmental organizations convene once a month to discusses different topics regarding issues related to women, such as their situations during war or peace.