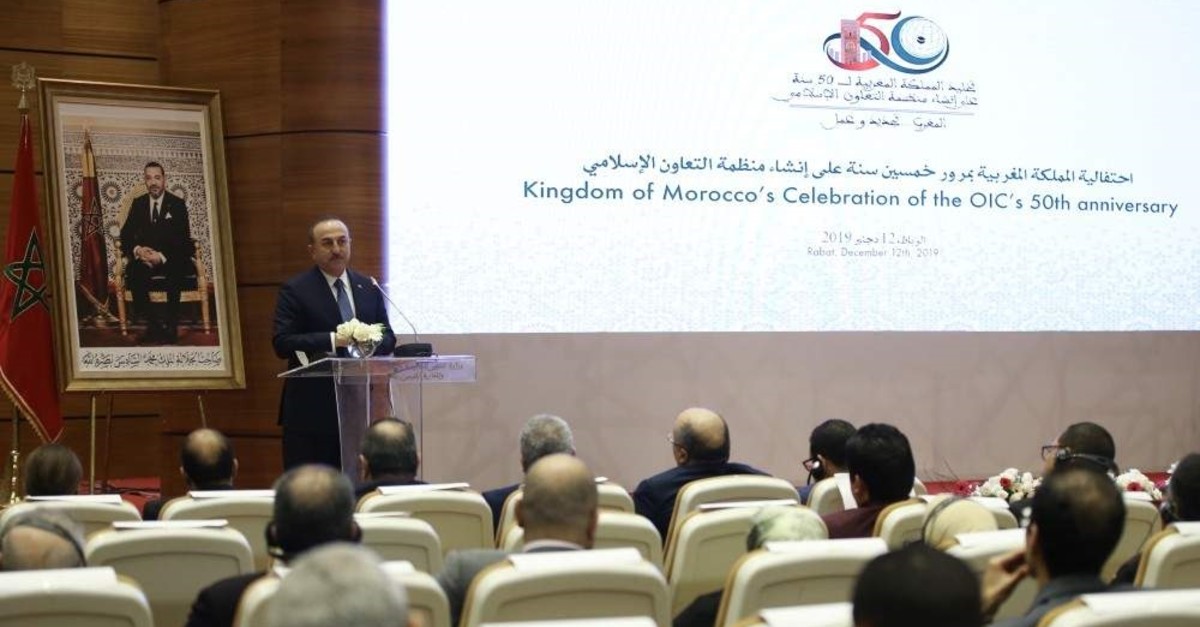 Turkey's foreign minister on Thursday called for Muslim countries to overcome disputes among themselves so the Islamic world can work better together.

"We have to overcome bilateral disputes so that they don't become an obstacle to achieving the goals of the Organization of Islamic Cooperation (OIC)," Mevlüt Çavuşoğlu said at the 50th-anniversary celebrations of the OIC in the Moroccan capital Rabat.

Çavuşoğlu stressed that "reform of the Organization of Islamic Cooperation is necessary and we must all work to achieve this."

Top officials and representatives of the Islamic troika of Turkey, Saudi Arabia and the Gambia, and the ministerial troika of Bangladesh, the United Arab Emirates and Niger are taking part in the anniversary celebration, along with representatives from various Islamic countries and organizations.

The OIC was founded on Sept. 25, 1969, in Morocco in reaction to an arson attack on Jerusalem's historic Al-Aqsa Mosque that August. It currently has 57 member countries and is headquartered in Jeddah, Saudi Arabia.