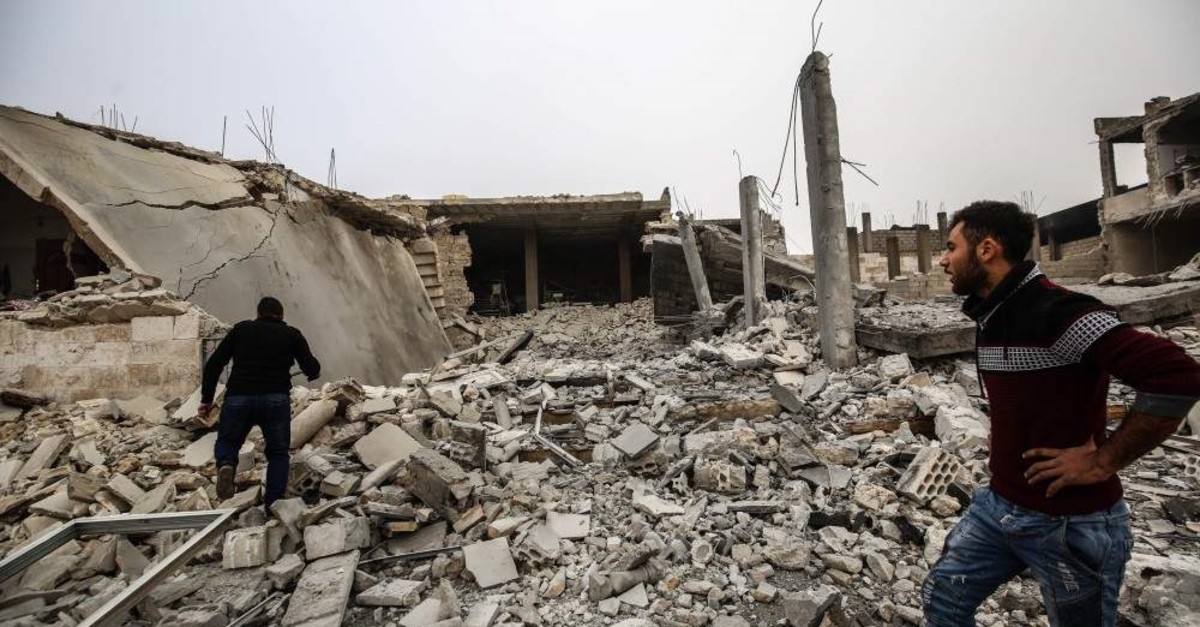 | AA Photo
by Anadolu Agency Dec 15, 2019 4:00 pm
Fighter jets of the Syrian regime struck a town in northwestern Syria on Sunday, killing a child and wounding seven people, according to the opposition White Helmets civil defense agency.
Warplanes hit a bakery in the town of Maarsurin in Idlib province, which falls within a de-escalation zone where acts of aggression are explicitly prohibited, the agency said. Regime planes carried out another attack in the town, killing a child and wounding seven people.
On Dec. 7, the Bashar Assad regime and its ally Russia struck a marketplace in Idlib, leaving 19 people dead.
Since Moscow and Ankara reached a deal in September 2018, over 1,300 civilians have been killed in the Idlib de-escalation zone.
Over a million Syrians have moved near the Turkish border following intense attacks.
Since the eruption of the bloody civil war in Syria in 2011, Turkey has taken in over 3.6 million Syrians who fled their country, making Turkey the world's top refugee-hosting country.
Last Update: Dec 20, 2019 2:23 am
RELATED TOPICS