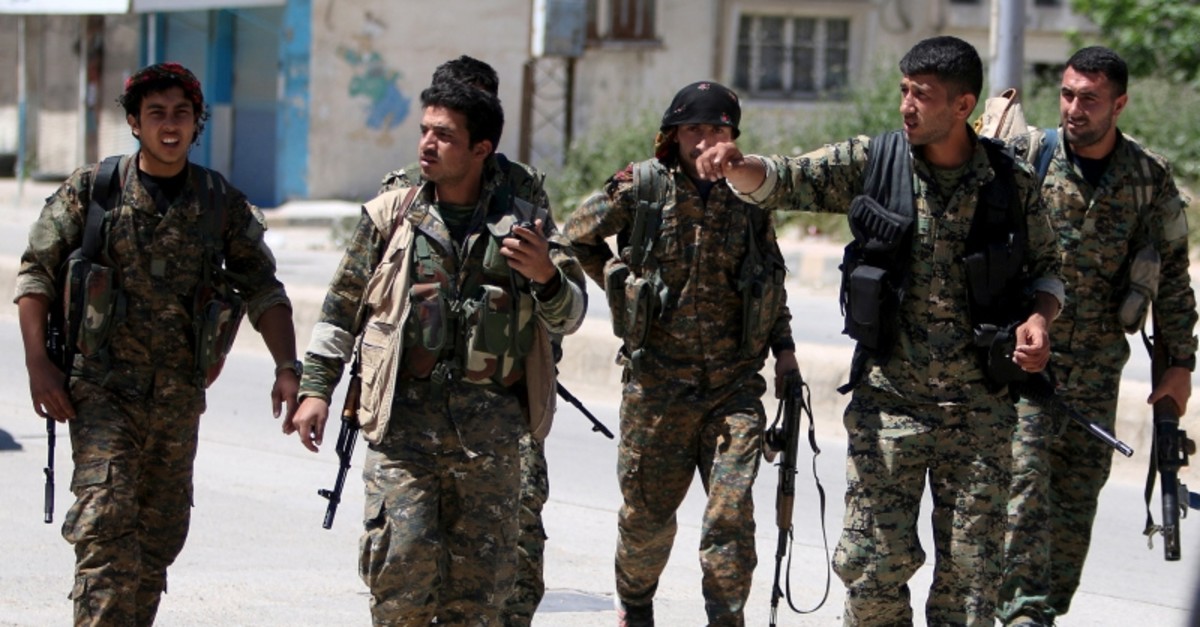 Militants from the People’s Protection Units (YPG), the PKK terrorist group’s Syrian offshoot, have launched a smear campaign against the Turkish army in northern Syria.
According to testimony obtained from surrendered PKK terrorists, security forces said Saturday that the YPG terrorist group planted improvised explosive devices (IEDs) in crowded areas in Qamishli city, defused them and then falsely blamed the Turkish army for it.
The terrorists sought to instigate the locals by sharing a video of this on social media with the hope of damaging Turkey's reputation.
The sources, who asked not be named in fear of reprisals, said the locals were forced to demonstrate against Turkey and its successful anti-terror operation in the region.
Turkey launched Operation Peace Spring on Oct. 9 to eliminate YPG/PKK terrorists from northern Syria east of the Euphrates River in order to secure Turkey's borders, aid in the safe return of Syrian refugees and ensure Syria's territorial integrity.
Under two separate deals with the U.S. and Russia, Turkey paused its operation to allow the withdrawal of YPG/PKK terrorists from a planned safe zone.
Ankara wants YPG/PKK terrorists to withdraw from the region so a safe zone can be created to pave the way for the safe return of some 2 million refugees.
In its more than 30-year terror campaign against Turkey, the PKK -- listed as a terrorist organization by Turkey, the U.S. and EU -- has been responsible for the deaths of nearly 40,000 people, including women, children and infants.
Last Update: Dec 20, 2019 2:23 am
RELATED TOPICS