Migrant children dance their hearts out in Ankara 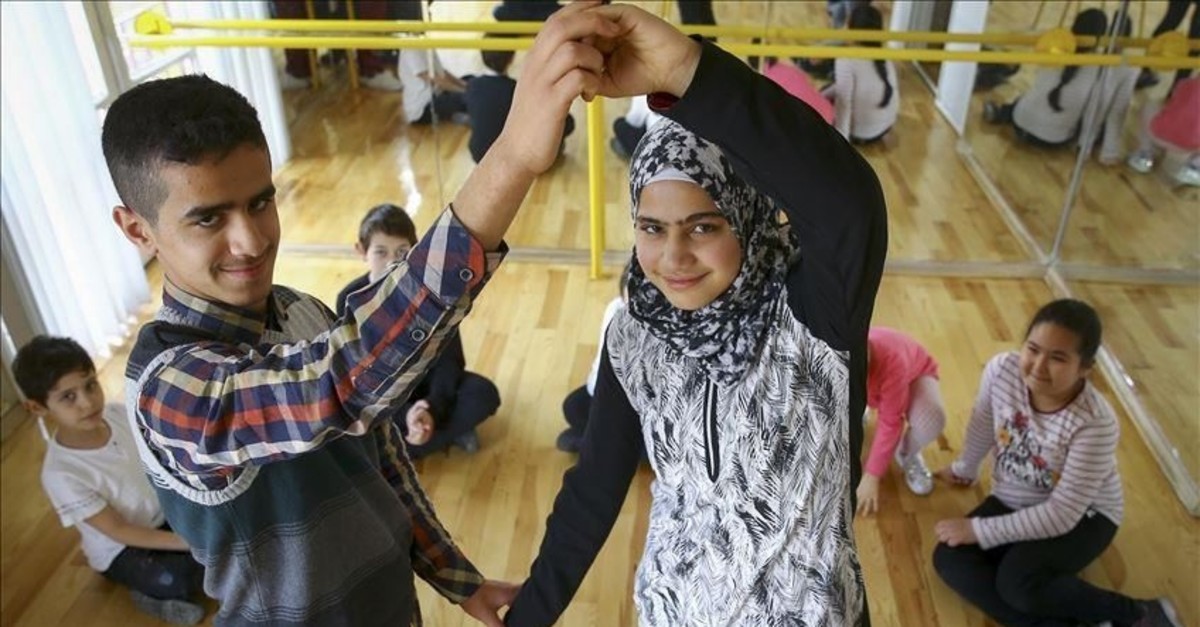 Dozens of migrant children attending an event held to mark International Migrants Day danced their hearts out in the capital Ankara Wednesday.

Hatice Yiğit, the organizer of the event, said the massive refugee influx around the world has resulted from a host of causes, including ongoing wars, military escalations, poverty and natural disasters.

"Many of the (refugee) children danced for the first time here as they live in harsh conditions," Yiğit said, adding that the dance workshop was attended by Syrian, Iraqi and Kazakh children.

"We work to organize events that will increase the Turkish community's empathy toward migrants and (positively) contribute to their assimilation," she said.

She added that many refugees from Middle Eastern countries would not be able to return home in their lifetime; therefore both Turks and the refugees should acknowledge the culture of harmony.

Mesut Sonat, a dance instructor, said activities based on entertainment and art brought hope to the migrants, who have lived through many difficulties.

Bakr Dabaa, a 14-year-old Syrian, said the event made his day and that he would continue to perform dances in the future.

According to the latest U.N. figures, the number of international migrants has climbed to 272 million, 51 million more than in 2010, corresponding to some 3.5% of the global population.

Turkey, meanwhile, is the world's top refugee-hosting country as it provides shelter to over 4 million people, 3.6 million of whom are Syrians displaced by the civil war that broke out in 2011.