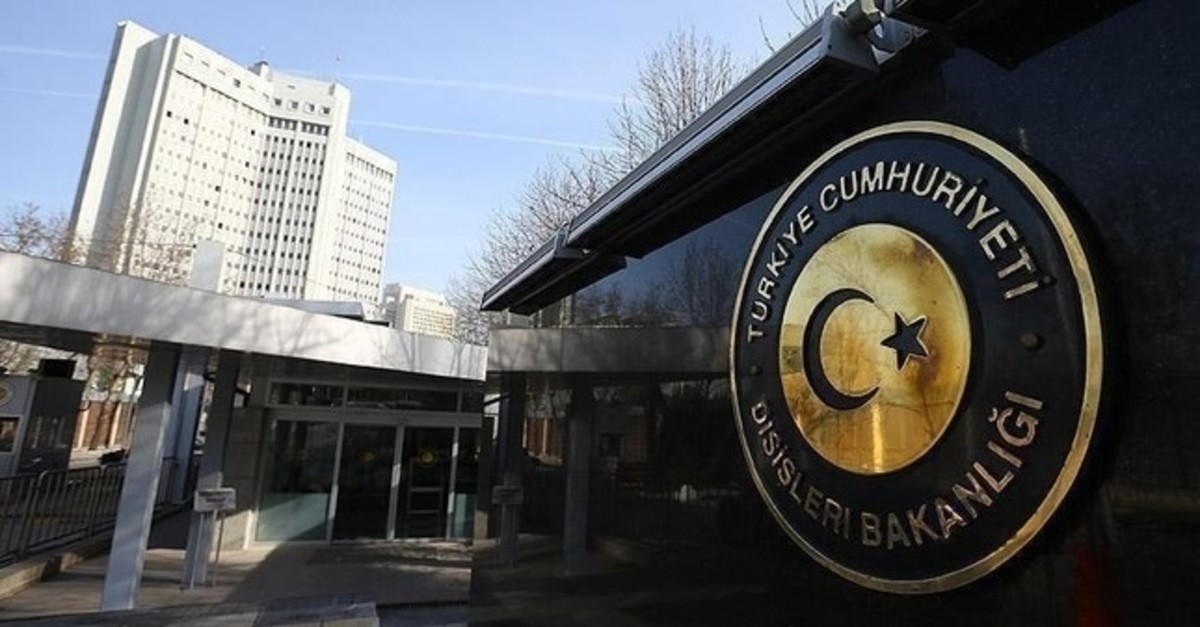 |Sabah File
by Daily Sabah with AA Dec 18, 2019 5:50 pm
Turkey welcomed a move by Australia to reopen an investigation into the 1980 murder of two Turkish diplomats by an Armenian terrorist cell Tuesday, calling on other countries to take similar actions.
"This decision, giving hope, even though late, that justice will be ensured may reduce the pain of the relatives of the Turkish martyrs to some extent," the country's Foreign Ministry said in a statement.
A commemoration ceremony was held in front of the Sydney consulate general's residence on Dec. 17, marking the 39th anniversary of the murders of the two diplomats. Over the course of the ceremony, it was stressed that the multicultural nature of the country meant there ought to be no tolerance for such acts.
On Dec. 17, 1980, at 9.45 a.m. local time, Turkish Consul General Sarik Ariyak and security attaché Engin Sever were shot outside Ariyak's home on Portland Street in Sydney by two Armenian terrorists. It was the first international politically motivated attack on Australian soil, according to the Sydney Morning Herald. The Justice Commandos of the Armenian Genocide (JCAG) group claimed responsibility for the act, but no one was ever charged. The consul general was shot 17 times as he was leaving his house in the morning, having just said goodbye to his wife and daughter. The victims were leaving the residence in separate vehicles when they were approached by two men who fired multiple shots at close range before fleeing by motorcycle.
While Ariyak was killed at the scene, Sever later succumbed to his wounds at a hospital.
"We expect other countries to take similar steps where inconclusive case files regarding martyred Turkish diplomats have been closed," it said.
Killings targeting Turkish diplomatic missions were perpetrated around the world, including the U.S., Britain, Austria, France, Italy, Belgium, the Vatican, Spain, Lebanon, Greece, Switzerland, the Netherlands, Australia, Canada, Portugal and Iran.
"The majority of the investigations in the Western countries where the attacks took place were inconclusive and the cases remained unresolved,” the statement underlined.
"For the first time in Australia, a 1 million Australian dollar reward is offered for the capture of the perpetrators of a terrorist attack on the occasion of the 39th anniversary of the passing away of beloved Turkish martyrs," it noted.
In a report of the Australian Security Intelligence Organization (ASIO) released by the National Archives of Australia after the incident, the organization stated its concern over the attack.
In 1983, while ASIO was trying to track down those responsible for the Sydney attack, investigators discovered that JCAG was planning another attack on Australia. ASIO also said JCAG prepared its operations carefully, sometimes over 12 months. Three years later, Turkey's Melbourne consulate was car bombed in 1986, which showed clearly that ASIO was right in its concerns.
"Since 1973, 58 Turkish citizens, including 31 diplomats and their family members, have lost their lives as a result of the terrorist attacks perpetrated by Armenian terrorist organizations named as ASALA, JCAG and ARA," the ministry said.
Armenian terrorist groups were responsible for a number of attacks and killings, which started in the 1970s and gained prominence over the course of the 1980s. Some 42 Turkish diplomats were killed by Armenian terrorist organizations during that time.
These groups were mainly composed of the Armenian Secret Army for the Liberation of Armenia (ASALA), the JCAG and the Armenian Revolutionary Army (ARA).
Speaking to Daily Sabah on the issue, Australian Ambassador to Turkey Marc Innes-Brown said that he welcomes the announcement of the investigation.
“I very much welcome the announcement by the NSW police and their ongoing efforts to catch the perpetrators. I very much hope they are brought to justice as soon as possible,” the envoy said.
Founded in 1975, ASALA was the first Armenian terrorist group to wage war against Turkey. It not only targeted Turkey but also other countries and became infamous for a 1975 bomb attack on the Beirut office of the World Council of Churches. The JCAG, on the other hand, was formed in 1975 in Beirut. Since the mid-1970s, ceremonies have been held around the world in memory of Turkish officials, diplomats, their families and innocent people of all nationalities who have been victims of Armenian terrorists. ASALA and other Armenian terrorist groups have cited what is referred to as a "genocide" that allegedly occurred in 1915 as a pretext for their murderous campaign.