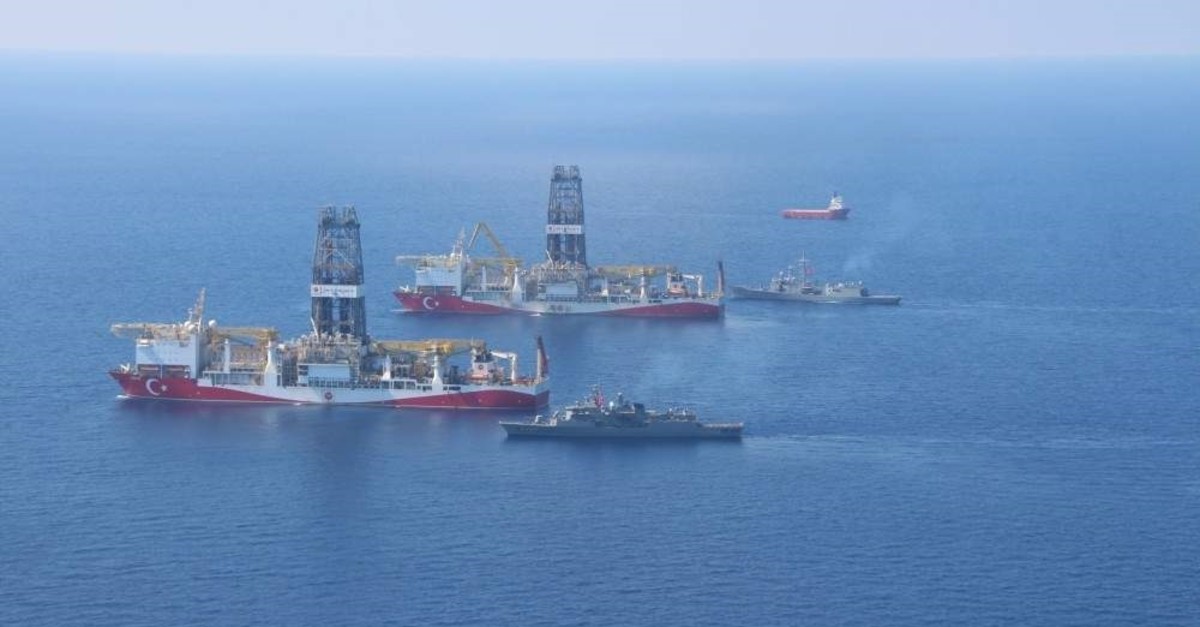 "This step that came following the cross-border operation, has strengthened Turkey's presence in the region. The recent policies and strategies have shown that Turkey also has a say in the region," Levent Aydın, a professor on Energy at Ankara Social Sciences University said at a panel on energy in the Eastern Mediterranean, organized by the Institute of Strategic Thinking (SDE).

Turkey has recently sealed a deal with Libya to secure its rights in the Mediterranean while preventing any fait accompli action by other states in the region and to pursue its interests regarding natural resources in the Eastern Mediterranean. Furthermore, as a guarantor country, Turkey is also seeking to protect the rights of the the Turkish Republic of Northern Cyprus (TRNC).

"Our country both protects our own legal rights and that of the TRNC and we will continue to do so in 2020," Oğuzhan Kıran, a senior official at the Ministry of Energy and Natural Resources, stated, adding that it can take time for a profound discovery to be made during the drilling activities.

Pointing out that even though corresponding to a minimal percentage of the world's seas, the Mediterranean has been a region of conflict and trade, Hilmi Ünsal of Ankara Hacı Bayram University underlined that apart from regional countries, other countries also regard natural resources in the Mediterranean. "The resources that will come from the Eastern Mediterranean will feed the EU," he said.

Although the gas demand increase in Europe is estimated to remain flat in the next five years according to the International Energy Agency (IEA), the demand for the gas itself in Europe will benefit from closures of coal and nuclear plants – albeit remaining limited due to renewable investments.

The last decade has witnessed important gas discoveries in the Eastern Mediterranean and propped up the hopes of the littoral states to enter the game of energy exporters. Although potential gas reserves in the overall region are only one-third of the total reserves in the U.S. and one-tenth of Russian potential gas reserves, the discoveries were enough to stoke superannuated tensions in the region.

The Turkish side views the waters on which the Greek Cypriots lay claim as disputed because they are overlapping with the continental shelf of the Turkish Republic. Ankara argues that some of the blocks – particularly Block 4, 5, 6, and 7 – on which the Greek Cypriot administration has commissioned international energy companies like the Italian ENI and French Total for explorations violate the country's continental shelf as well as the territorial waters of the Turkish Cyprus.

"The Eastern Mediterranean is vital in shaping politics. Political turmoil and instability are rendering energy security difficult. We can see that there are problematic countries in the region, one of which is Israel," Aydın said.

In defense of its sovereign rights and the interests of the Turkish Cypriots, Turkey has sent seismic and drilling vessels to the region along with its military frigates for protection against any escalation. Currently, Turkey's drilling vessels, Fatih and Yavuz, and seismic vessel Barbaros Hayreddin are carrying out offshore exploration off the coast of Cyprus.