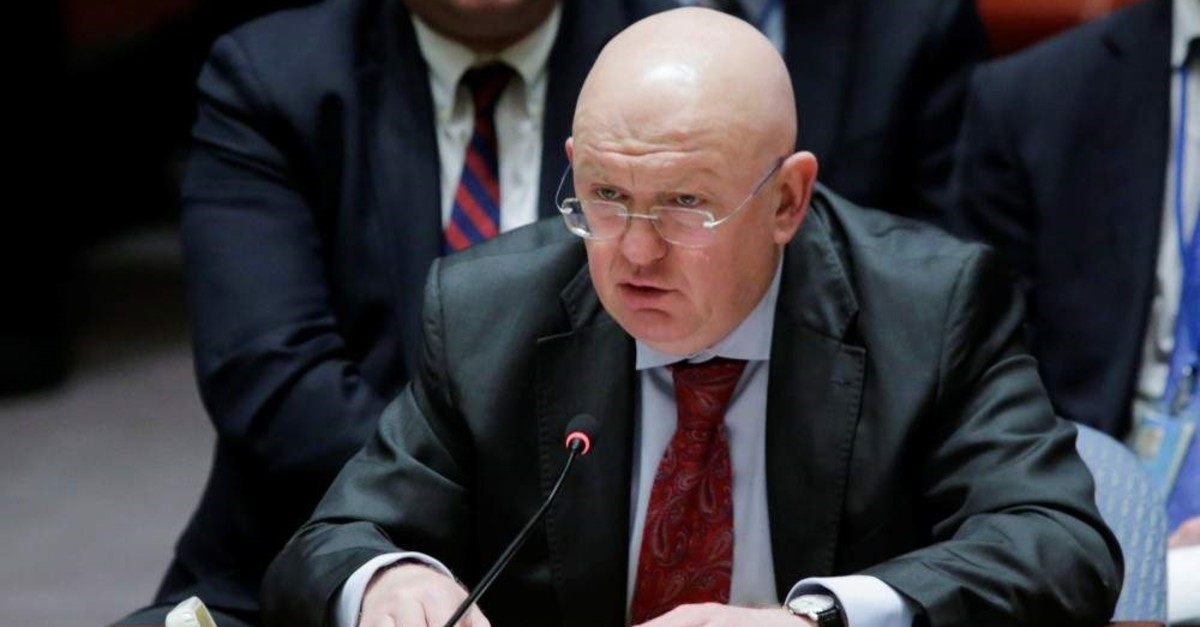 Russian ambassador to the U.N. Vasily Nebenzya speaks to members of the United Nations Security Council after voting for ceasefire to bombing in eastern Ghouta, Syria, at the United Nations headquarters in New York, Feb. 24, 2018. (Reuters Photo)
by Compiled from Wire Services Dec 20, 2019 9:05 pm

Russia, backed by China, on Friday cast its 14th U.N. Security Council veto since the start of the Syrian conflict in 2011 to block cross-border aid deliveries from Turkey and Iraq to millions of Syrian civilians.

The resolution drafted by Belgium, Kuwait and Germany would have allowed cross-border humanitarian deliveries for another year from two points in Turkey and one in Iraq. But Syrian ally Russia only wanted to approve the two Turkish crossings for six months.

Russia and China vetoed the draft resolution. The remaining 13 members of the Security Council voted in favor.

Since 2014, the Security Council has sent aid through four border crossings — Bab al-Salam and Bab al-Hawa in Turkey, Al Yarubiyah in Iraq, and Al-Ramtha in Jordan.

The sponsors of this year's aid resolution circulated a draft that has been discussed for several weeks that would add a new crossing point in Turkey and extend cross-border operations for a year.

Russia and China, which are allies of Bashar Assad, circulated a rival resolution Monday that seeks to close the crossing points in Iraq and Jordan, leaving only two in Turkey while not adding the third proposed in the rival resolution. And it would renew the cross-border operation for only six months.

Last year, Russia and China abstained in the 13-0 vote authorizing the crossing points.