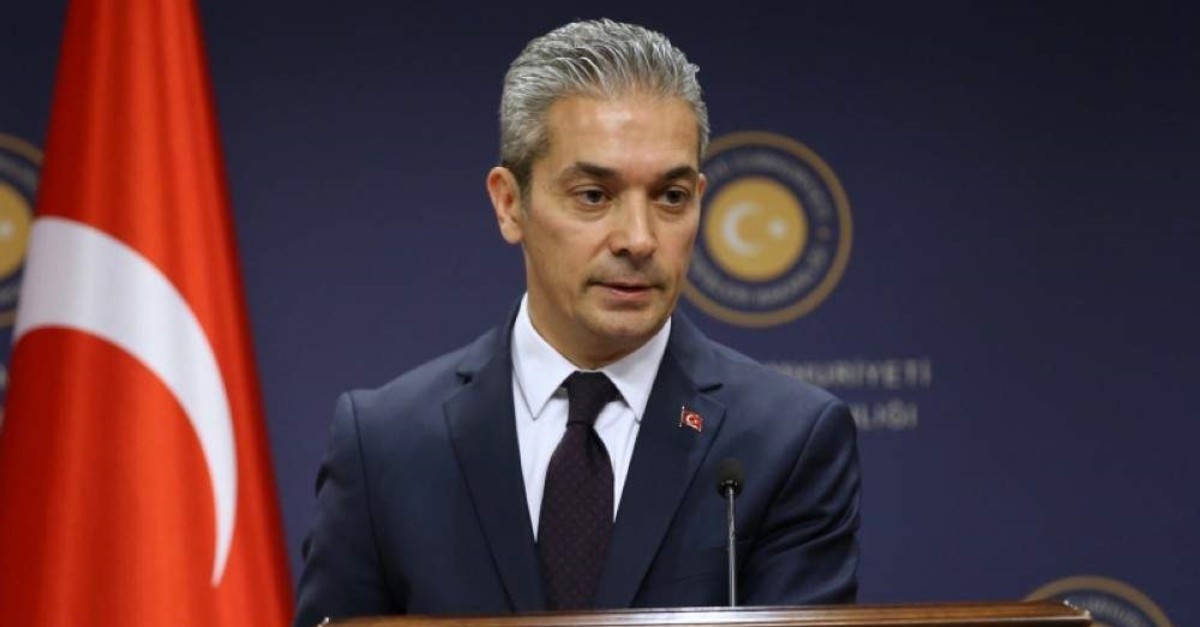 Turkey denounced early Tuesday the torching of a Turkish Consulate General employee's car in the Greek city of Thessaloniki.

"We strongly protest the arson of the private vehicle of the Consulate General official in Thessaloniki in the early hours (on Dec. 23)," Foreign Ministry spokesman Hami Aksoy said in a statement.

Calling it a "grave incident," Aksoy said Turkey conveyed its reaction regarding the incident to the Greek ambassador in Ankara as well as the Greek authorities via the Turkish Embassy in Athens. Necessary verbal and written initiatives have also been taken, Aksoy said.

He said similar incidents against Turkish diplomatic personnel and assets in Greece have unfortunately been increasing in recent years.

"We expect the Greek authorities to prevent such actions and to take all necessary measures to protect our missions and personnel and expect the perpetrators of these incidents to be brought to justice and to receive the punishment that they deserve," Aksoy said.

Firefighters put out the fire, which caused extensive material damage but nobody was hurt in the incident.

The Thessaloniki Police Department has launched an investigation into the incident.

Arson attacks are not uncommon in Greece which has a history of political violence.

Ankara and Athens are locked in a row over energy exploration in the Eastern Mediterranean and Turkey's maritime deal with Libya that expands Turkey's claims over a large gas-rich area of the sea.