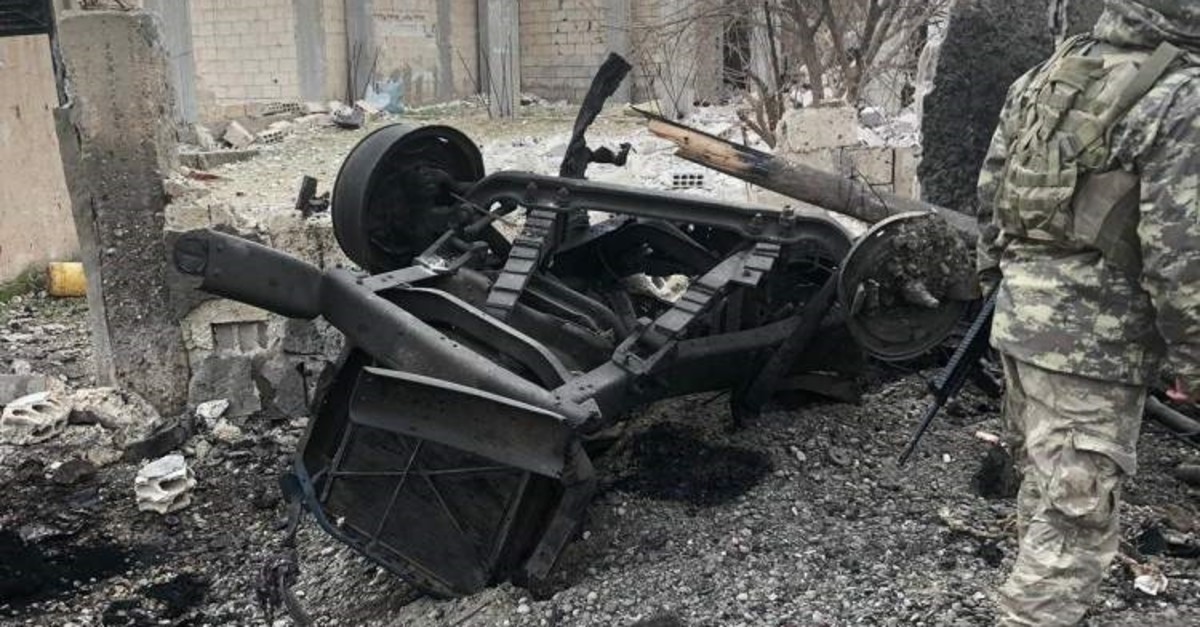 The ministry said on Twitter that at least eight civilians, including one woman and child, were killed and dozens wounded in a car bomb attack in the town of Suluk, southeast of Tal Abyad, which was liberated on Oct. 13 from YPG/PKK terrorists in Turkey's Operation Peace Spring.

The YPG/PKK terror group is targeting settlement areas under the control of the Syrian National Army (SNA), which fought alongside the Turkish forces in the Turkish-led anti-terror operations in northern Syria.

Turkey has carried out two cross-border operations targeting west of the Euphrates River – Operation Euphrates Shield launched in Aug. 2016 and Operation Olive Branch in Jan. 2018 – to drive terrorist groups, including the YPG/PKK and Daesh, from its borders.

While the country liberated northwestern territories from Daesh, it also prevented the YPG/PKK from establishing a de facto autonomous region in Syria connecting Afrin in the northwest to Ayn al-Arab (Kobani) and Jazeera in the northeast, which Ankara describes as a "terror corridor" posing a grave security threat to its national security.

On Oct. 22, Ankara and Moscow reached a deal under which YPG/PKK terrorists would pull back 30 kilometers (18.6 miles) south of Turkey’s border, and security forces from Turkey and Russia would carry out mount joint patrols there.

But pockets of deadly terrorists have defied the pullback.

In its more than 30-year terror campaign against Turkey, the PKK – listed as a terrorist organization by Turkey, the U.S. and the European Union – has been responsible for the deaths of 40,000 people, including women, children, and infants. The YPG is the PKK’s Syrian offshoot.