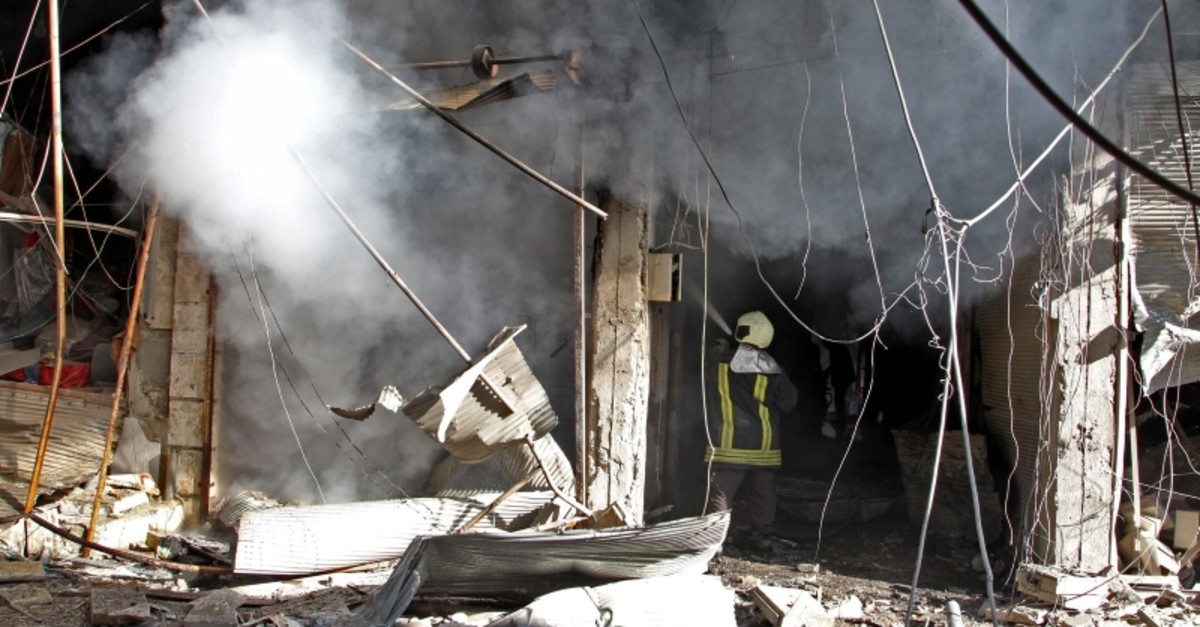 U.S. President Donald Trump urged the regime of Bashar Assad and its allies Russia and Iran to stop their assault on northwestern Syria's Idlib province.

"Russia, Syria, and Iran are killing, or on their way to killing, thousands of innocent civilians in Idlib province. Don't do it!" Trump tweeted on Thursday.

He also pointed out that "Turkey is working hard to stop this carnage."

Regime forces launched a wide ground offensive last week into Idlib. The offensive follows weeks of bombardment that has displaced tens of thousands of people.

The United Nations estimates that some 60,000 people have fled the area, heading south, after the bombings intensified earlier this month. Thousands more have fled further north toward the Turkish border in recent days, where the U.N. has warned of the growing risk of a humanitarian catastrophe. Idlib province is home to some 3 million civilians.

More than 40 villages and hamlets have come under regime control in the southern parts of Idlib.

President Recep Tayyip Erdoğan and his Russian counterpart Vladimir Putin reached an agreement in Sochi on Sept. 17, 2018, which envisaged that the cease-fire in the Idlib region was to be preserved with the withdrawal of heavy arms and radicals from the region.

Despite the Sochi deal, the regime, backed by Moscow, intensified its attacks starting on April 26 under the pretext of fighting terrorists.