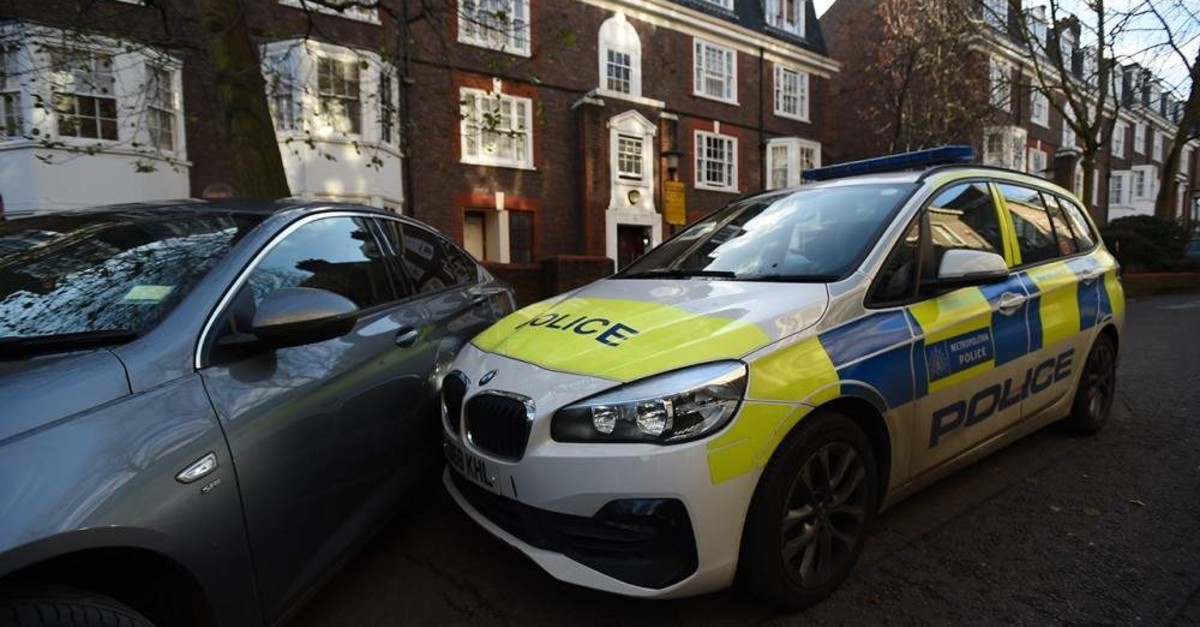 Turkey has welcomed the U.K.'s decision to prosecute an individual who provided funds to the PKK's Syrian offshoot, the YPG.

"We welcome that Paul Newey has been charged and arrested by the U.K. authorities on the grounds of providing financial support to terrorism," the Foreign Ministry said in a statement on Sunday, adding that the prosecution is significant in confirming the YPG's status as an extension of the PKK terrorist group.

The statement added that Turkey expects the move to set a precedent for all foreign fighters of the YPG.

Presidential Communications Director Fahrettin Altun also welcomed the move, saying on Twitter, "Cutting off the money is vital to the fight against terrorism of all kinds. We welcome the decision by the U.K. authorities to prosecute foreign funders of the YPG/PKK."

Altun reiterated that the YPG/PKK threatens Turkey, regional stability and European security, and he urged Turkey's allies to stop supporting the terror group and prevent European citizens from joining the terrorist group.

"It is long overdue for European governments to stop the flow of foreign terrorist fighters and prosecute such individuals for joining a terror group," Altun added.

The father of a British man who joined YPG/PKK terror forces in Syria was arrested and granted bail in the U.K., according to local media Friday.

Paul Newey, 49, was approached by British police on Dec. 11 at his home. His apartment was searched by police, who confiscated laptops and cell phones.

Newey, along with his son, Sam, was taken to a police station where they were questioned for 13 hours. The elder Newey was held for four days and released on bail.

The operation concerned Newey's eldest son, Dan. The 27-year-old traveled from the U.K. to Syria to join the YPG in 2017. He returned to the U.K. in March 2018, where he was investigated by police and placed on a watch list, but was not charged. He returned to Syria in October, following Turkey's Operation Peace Spring in northeastern Syria.

Newey's mother, Vikki, was also visited by police and was interviewed for 12 hours.

Police said a 49-year-old man was arrested on suspicion of funding and supporting terrorism and was subsequently granted bail.

Providing "material support" to terrorism -- funding and support -- has been used by authorities in previous years to target British families of Daesh terror members.

Local media report that it is the first time a British person has been investigated for a family member joining the YPG terror group.

If Newey is found guilty of financing terrorism, he may serve a maximum sentence of 14 years in jail under Britain's Terrorism Act.

The PKK is a proscribed terror organization under U.K. law.

In October, a British man who had joined the YPG in Syria to fight against Daesh was found guilty of terrorism offenses.

Alistair Burt, the British minister of state for the Middle East had acknowledged that Britain is aware of the possible links between the PKK terrorist organization and its Syrian affiliate, the YPG.

While the U.S. support for the YPG in Syria troubles relations between Ankara and Washington, the U.K. relatively stays closer to Turkey's position.

Recently, British Labour Co-operative Party politician John Woodcock told Daily Sabah that the YPG was not the sole representative of Syrian Kurds and that the U.K. stands by Turkey in the fight against terrorism.

Turkey has repeatedly said that the YPG was no different than the PKK and the two terrorist organizations work together in Syria, Iraq, and Turkey. The Turkish government has previously contended that weapons used by the YPG end up in the hands of PKK terrorists.

Interior Minister Süleyman Soylu had previously said that the weapons were being placed in the hands of terrorist groups by their "allies" and they were being used against Turkish security forces.

In the face of the threats posed by the terrorist group, Turkey has been calling on its allies to increase cooperation in order to prevent the group from continuing its activities. Ankara has been attempting to raise awareness about the group since it is not only a threat to Turkey but also to the region and beyond. The U.S., U.K. and the EU have listed the PKK as a terrorist group.