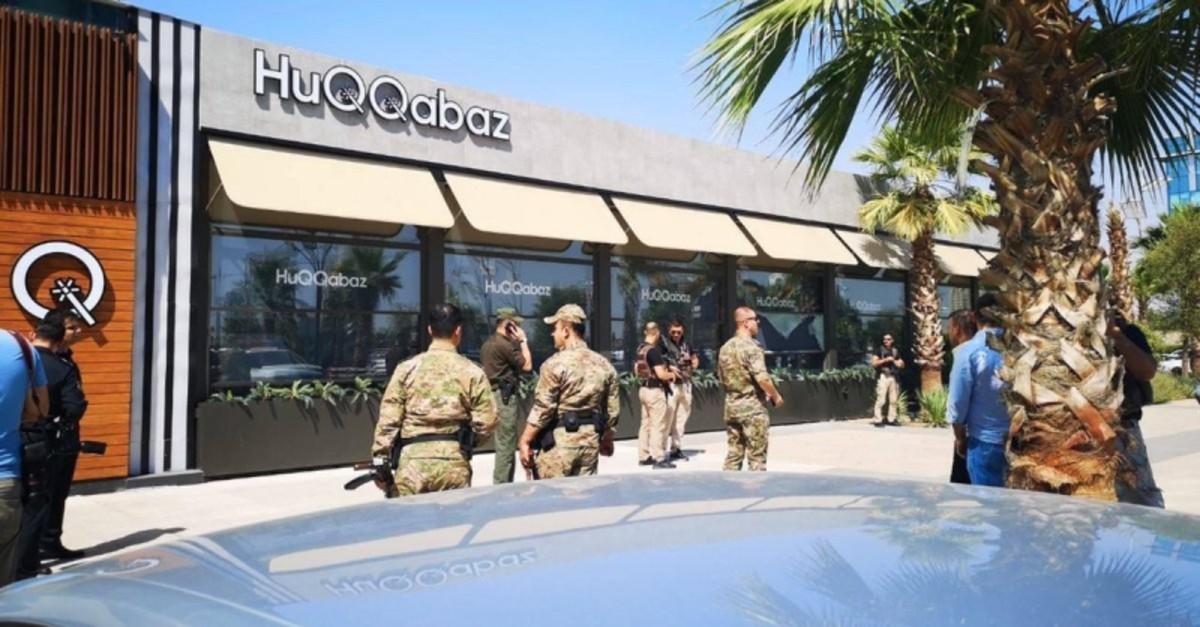 According to a statement from Ankara's Office of the Chief Public Prosecutor, two suspects were arrested over the incident that killed Osman Köse, a Turkish diplomat working in the consulate.

In July, a shooting took place targeting a restaurant near the Turkish Consulate in Irbil, an incident that saw no immediate claim of responsibility.

Roads leading out of Irbil were cordoned off by Kurdistan Regional Government (KRG) authorities to capture the two armed assailants involved in the shooting of the diplomat, Irbil Police Chief Abdulhalik Talat said following the attack.

Authorities also locked down the area near the airport road between Irbil's Dream City and Empire neighborhoods, known as one of the safest areas in the city.

The attack occurred at the Irbil branch of HuQQabaz, a popular restaurant in an upscale, high-security area only a five-minute drive from the Turkish Consulate on the airport road. The Istanbul-based chain has six branches in Turkey, and the company was planning to open two branches in Iraq, in Baghdad and Sulaymaniyah. The parent company HuQQa cafe chain is popular among visitors from the Middle East and has two branches abroad in Dubai, United Arab Emirates and Muscat, Oman with a branch in Qatar on the way.

President Recep Tayyip Erdoğan condemned the attack through a Twitter message, wishing God's mercy upon the consular employee who lost his life in the grim incident.
RELATED TOPICS