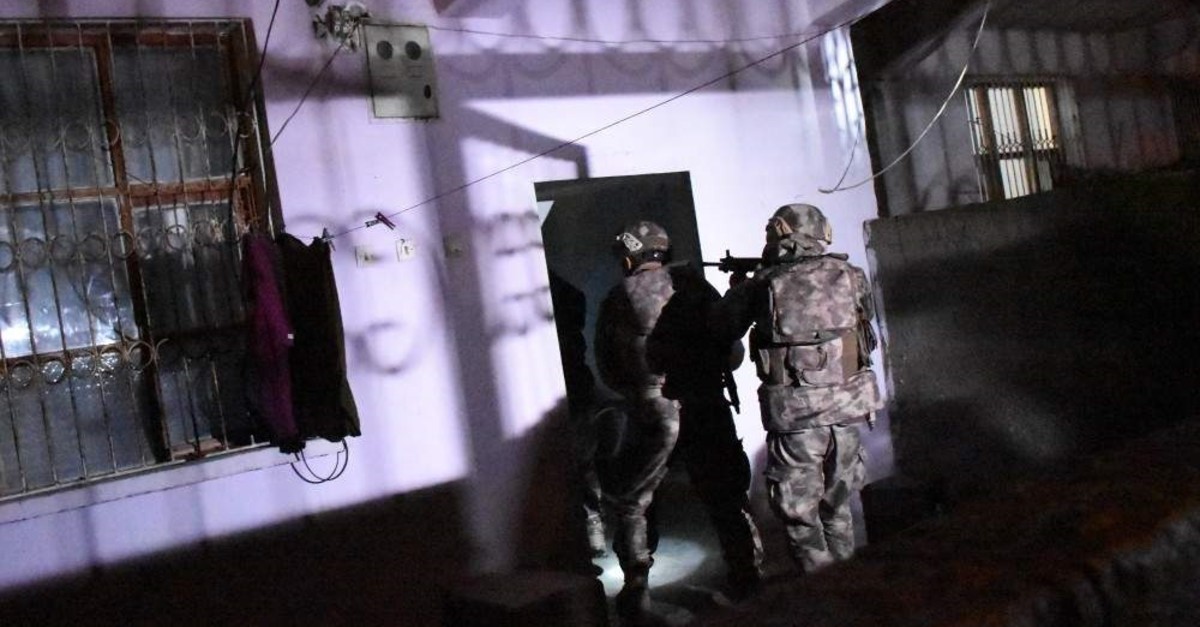 Six suspects, including four Syrian and two Iraqi nationals, were detained in dawn raids in the southern Adana province.

Batman police squads also carried out simultaneous dawn raids on the homes of the terrorists, detaining 22 suspects including the so-called provincial head of the terrorist organization.

Around 400 police officers participated in the raids.

The suspects were transferred to the local police stations for testimony, reports said.

In northwestern Bursa province, police detained 16 suspects, including 13 Syrian nationals. One of the suspects has already been deported, AA reported.

Police in the capital Ankara detained 33 suspects in a joint operation conducted with the National Intelligence Organization (MİT). The suspects reportedly corresponded with terrorists in conflict regions. The detained suspects included a Morrocan national, two Syrian nationals and 30 Iraqi nationals. Police are seeking 17 other suspects as part of the operation.

As part of Turkey's Operation Peace Spring, launched on Oct. 9, the country has fought to clear northern Syria in the area east of the Euphrates River of terrorist elements, while also making sure Daesh prisoners there remain in detention.

There are at least 1,174 Daesh terrorists in Turkish prisons, according to the Interior Ministry.